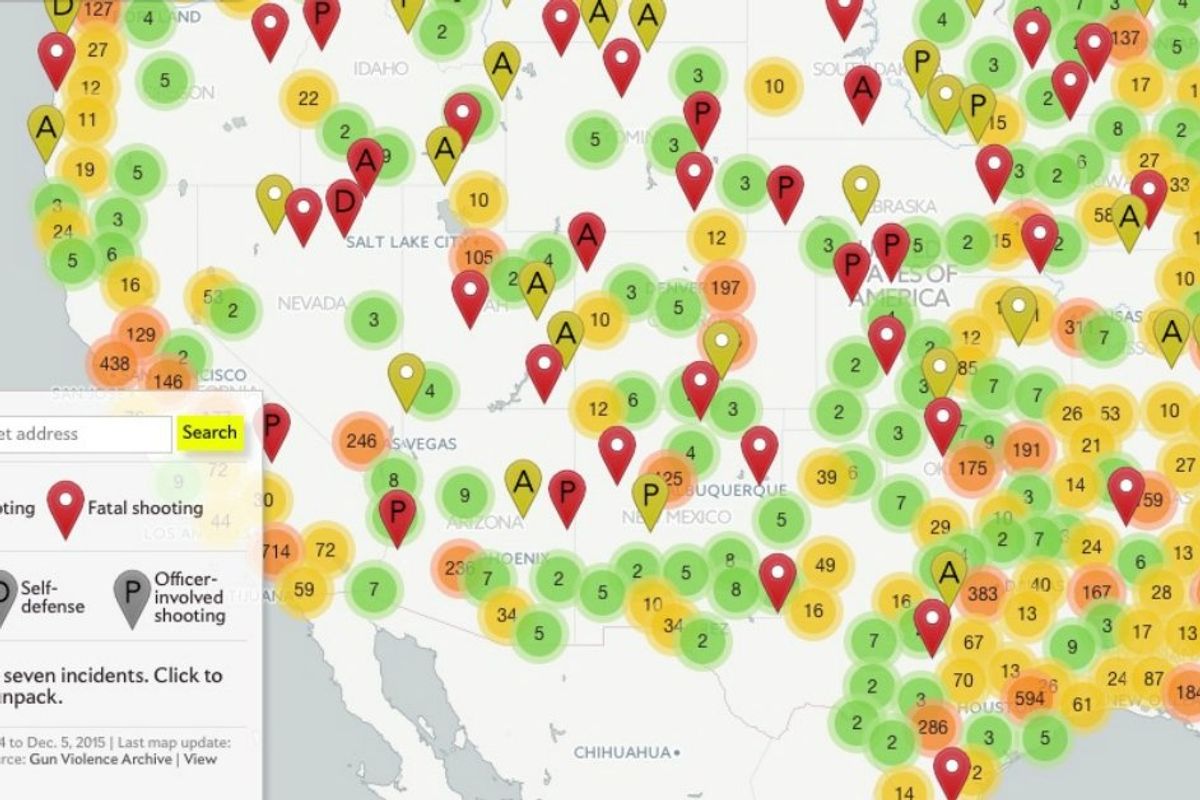 Each year more than 130,000 people are shot in this country. Some of these incidents have the scale of national tragedies, and then another town's name becomes infused with sadness. Charleston, San Bernardino, Columbine, Sandy Hook. But these shootings account for only a fraction of the gun deaths in this country. In 2013, there were 33,000 deaths from firearms, and less than 2 percent of them were from mass killings.

Slate and The Trace, a nonprofit news organization, have collaborated to create an interactive map of gun violence, street by street, town by town. Type in your address, and you will see the sobering scope of violence in the country around you. Shootings in which someone was killed are coded in red, and yellow marks those that resulted in injuries but no deaths. The designers plan to embellish the map by adding the gender and age of victims, as well as economic and demographic data.

The map employs data from the Gun Violence Archive (GVA), a not-for-profit organization that collects data on gun violence and gun crime from more than 1,200 media sources. Consider some of the context from recent years: According to GVA statistics, there were 49,985 gun deaths in 2015. That same year, handgun sales in California hit record highs for the 11th consecutive year in a row.

Click the image below to check out how your neighborhood fares.