This Italian Ikea found an adorable way to help stray dogs when it’s cold outside.

If only more businesses thought this way. 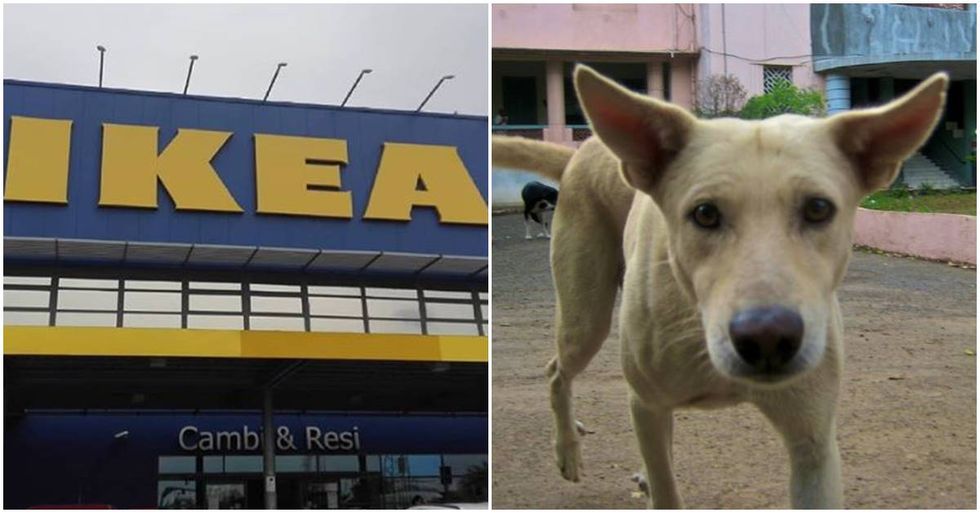 While the public has become better educated on the importance of keeping dogs out of hot cars in the summer, less has been done about the danger of dogs becoming too cold.

According to PetMD, most dogs (not including those bred to live in extreme temperatures) start to feel uncomfortable when the temperature drops below 45° F. If a dog is left outside in sub-20° F temperatures, it can develop serious health issues such as frostbite or hypothermia.

An Ikea store in Catania, Italy is doing its part to help its stray dog population keep warm in the fall and winter months by allowing them to sleep in the store.

Shoppers have been pleasantly shocked to see the dogs lounging about on the furniture displays and enjoying the comfy blankets laid out by the Ikea staff.

The dogs receive daily food and pampering from Ikea’s employees and customers,” Taccia continued. “Some dogs have even found a family, going home with customers.”

Another customer, Beppe Liotta, was loves the store’s dog-friendly policy as well. “I felt a feeling of deep tenderness and great happiness in seeing dogs crouched in the exhibition space at the entrance of the IKEA,” Liotta told The Dodo.

A self-proclaimed dog lover himself, Liotta hopes the other business will follow Ikea’s lead by helping local strays. “If all the stores that had the space would make a place of refuge for strays, I would be really happy,” he said.

The Ikea dogs are becoming quite a hit on Instagram as well.