It was in tribute to the victims of the orlando shooting 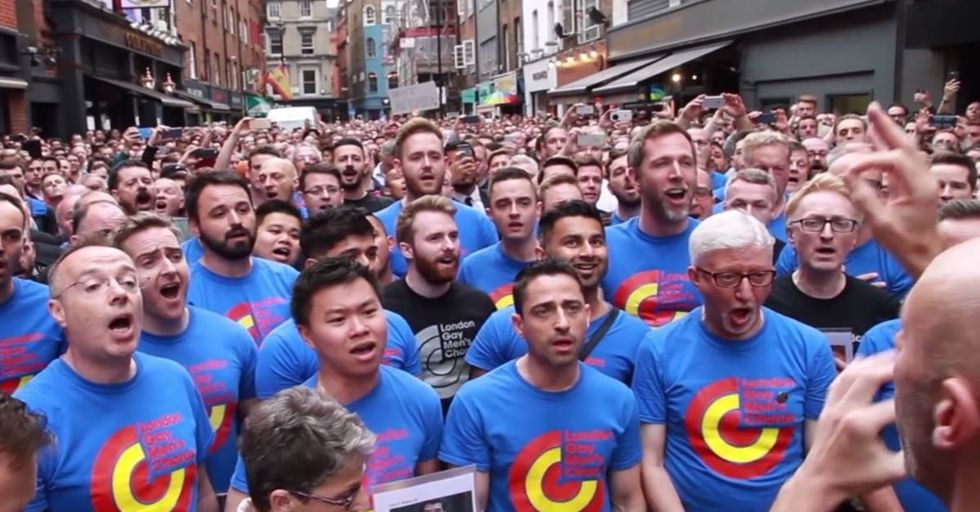 How does humanity combat the evil that was brought into the world Sunday morning when a gunman killed 49 people in an LGBT nightclub in Orlando, Florida? One way all of us can heal is by overwhelming that evil with as much humanity, kindness, and support as we can muster. On Monday night, thousands of Londoners did just that by lining the streets of Soho to honor those that died.

London’s mayor Sadiq Khan was among those in attendance at the vigil where supporters held signs that said “Not Afraid” and “Love Wins All.” After the event’s organizers called for two minutes of silence, the raucous crowd cheered as 49 balloons – one for each of the fallen – were launched into the London sky. As the balloons drifted upward, the London Gay Men’s Choir sang a spine-tingling version of Simon and Garfunkel’s redemptive ballad, “Bridge Over Troubled Water” and there wasn’t a dry eye in Soho.

To help those affected by the tragedy, check out Equality Florida’s Pulse Victims Fund.