‘If you really want to talk about what the Bible considers an abomination...’ 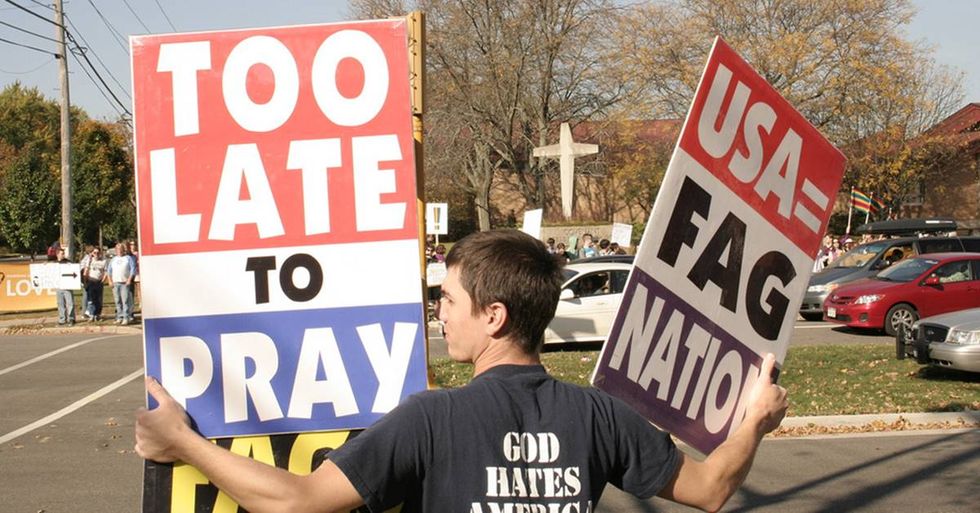 Religion gives homophobic people an easy way to rationalize their prejudice. Just because the Bible says that being homosexual is an “abomination” and people who enjoy same-sex relationships should be put to death (Leviticus 20:13) some Christians feel it’s acceptable to to deny LGBT people’s rights. Homophobia is just one issue in a long line of terrible ideas that religious people have rationalized via scripture. Slavery (Leviticus 25:44-46) and the subjugation of women (Ephesians 5:22) have also been tolerated throughout history because the Bible says they’re ok.