Two Poets Trade Places and Races for an Incredible Performance 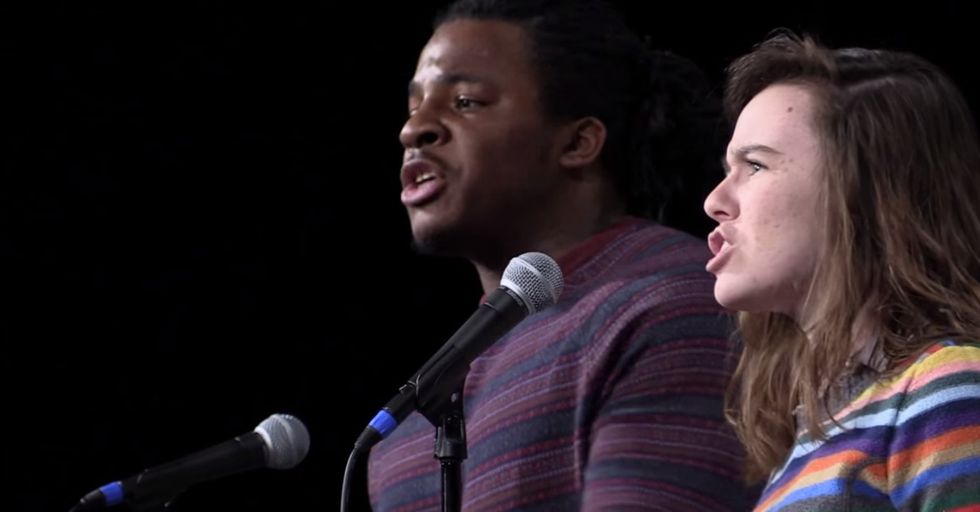 Slam poetry is not often done in pairs, but two poets pulled off this unorthodox method in incredible fashion. Darius Simpson and Scout Bostley performed their piece “Lost Voices” at the 2015 College Unions Poetry Slam Invitational to much acclaim. The duet style perfectly complimented the message of the poem, and really allowed them to demonstrate the similarities and differences in their experiences with privilege. Button Poetry captured the poem on film, along with many others that were performed at CUPSI 2015.