Here’s What Louis C.K. Has To Say About Trump Supporters 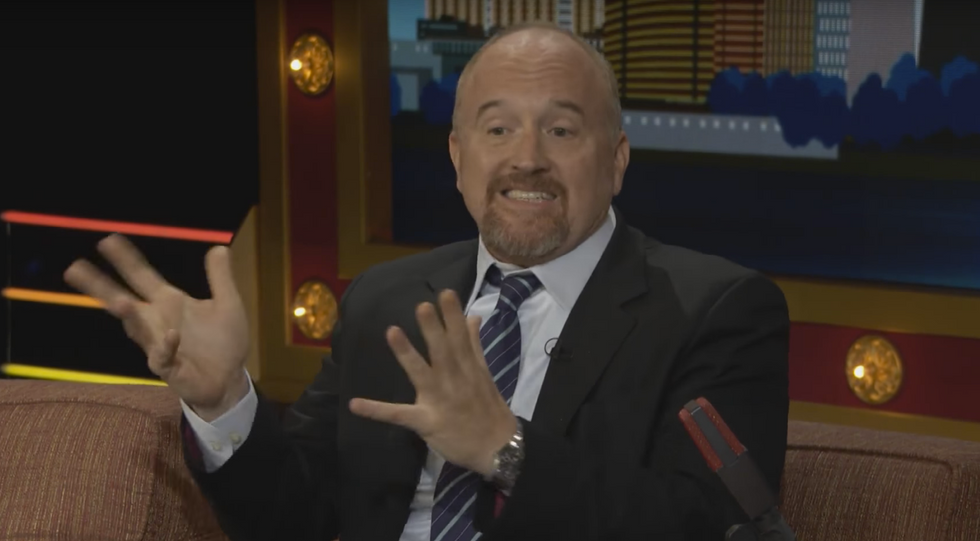 Leave it to Louis C.K. to sum up what we’ve all been thinking while cracking us up in the process. On Tuesday night’s episode of Conan, the comedian made an appearance to talk about the upcoming presidential election. Right away, he enthusiastically endorsed Hillary Clinton, saying she’s not the lesser of two evils as some have suggested, but “talented and super-smart.” He praises her endurance, willingness to negotiate, and work ethic, as well as her maternal instincts, saying “we need a tough b*tch mother” to get things done. “I’d take her over anybody,” he says to Conan O’Brien in the clip above.

While it might not be that surprising to hear another entertainer has a liberal point of view, he took it a step further by going out of his way to bash Donald Trump and his supporters, likely alienating a sizeable chunk of his audience. He also directed a few pointed jabs at apathetic voters who might not show up to the polls at all. To sum it up, he says, “If you vote for Hillary, you’re a grown-up. If you vote for Trump, you’re a sucker. If you don’t vote for anybody, you’re an assh*le.”

Don’t forget there’s still time to vote early and avoid the long lines on November 8. Head over to Vote.org to find out how.