This new line of women’s sleepwear is all about sexual empowerment.

It’s time to get more comfortable. 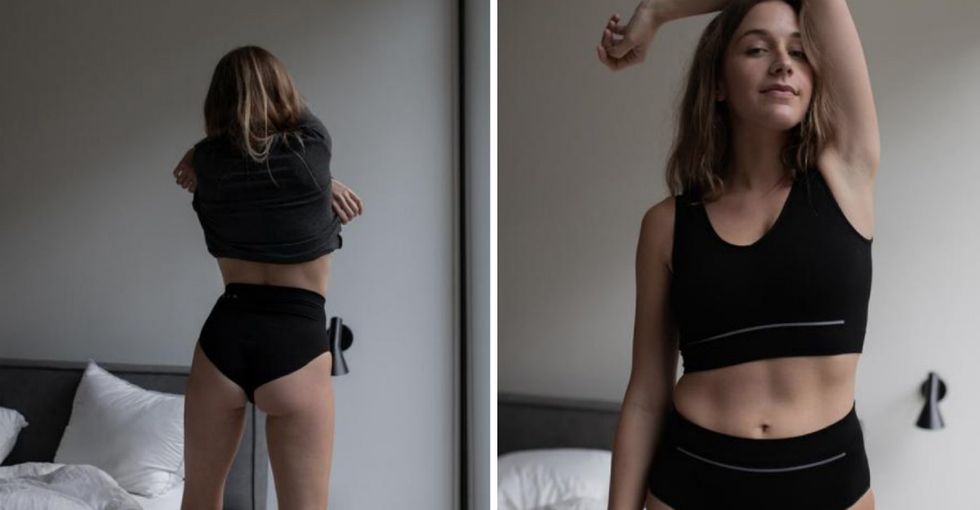 There’s still plenty of evidence to suggest women continue to come second. So much evidence, in fact, it’s hard to know where to begin. So, why not begin where all things begin? Sex.

I came across the unfortunate statistics thanks to a socially-conscious sleepwear brand called Lunya, founded by Ashley Merrill. Her commitment to female empowerment inspired her to launch a social media campaign called I Come First (pun intended), which implores women to prioritize their pleasure, and by extension, themselves.

A description of the company’s mission reads:

“Our pieces are crafted to make you feel confidently comfortable in your most intimate space — the bedroom. Being a modern woman can be complicated. We’re here to simplify — we know lots of things keep you up at night; what you sleep in shouldn’t be one of them.”

It may seem like a strange mission for an underwear company, but it also makes a lot of sense. The widely-acknowledged irony about Victoria’s Secret, the ubiquitous women’s lingerie chain, is that their underwear isn’t actually marketed for women, but for men. Victoria’s “secret” is she doesn’t have any—she’s incapable—because secrets require an inner life. Victoria’s secret isn’t interested in a woman’s experience. Victoria’s Secret is interested in a man’s experience—in which she plays a walk-on role.

However, Lunya, like an increasing amount of modern underwear brands, is more interested in what how a woman feels, not (just) how she looks — prioritizing comfort and craftsmanship over chintzy lace and bows, and embracing all body types—not just those manufactured by the Angel machine.

“I walked by my bedroom mirror and marveled at my outfit – I was wearing my husband’s old frat t-shirt and rolled up boxer briefs. In the pursuit of comfort, I had let the wheels fall off,” Merrill writes on the company’s website. “This realization sent me on a journey to find comfortable, flattering sleepwear, but the options available didn’t match the modern woman I was or wanted to be.”

And maybe, just maybe, feeling good in their own skin—feeling real—will lead women to seek pleasure in other aspects of their lives, to “follow their bliss,” as the author Joseph Campbell once advised—the same author George Lucas credited for influencing his “Star Wars” saga, which is such an overt allegory for male dominance it involves an actual battle of glowing wands.

Following one’s bliss shouldn’t be the privilege of one race, or one gender. It should belong to all of us.

That’s why we need an army of female Jedi. And some new f___ing underwear.