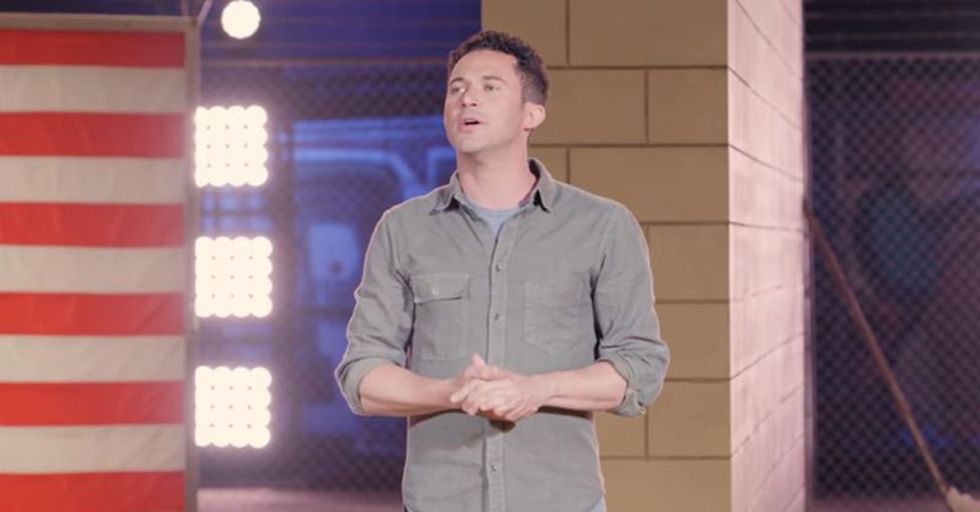 For the past year or so, America has been listening to Donald Trump’s plan to reduce illegal immigration from Mexico by simply building a really big wall to protect the border. The idea, despite having its ardent supporters, has faced criticism on a number of fronts including cost and practicality, to say nothing of the ideology it represents.

Even if the money came together and the wall was constructed, the wall simply won’t serve its intended purpose according to magician Justin Willman. And he made a video showing us why.

In the demonstration, Willman gives us the “The Unity Wall.” At 20 feet by 15 feet of concrete and steel, it’s an imposing structure before you even get to the guards surrounding it on all sides.

Sounds like it would be difficult to cross, right?

Willman gives a surprisingly insightful and philosophical explanation of why the wall won’t work. Just like his trick, he claims that Trump’s vision for the wall relies on misdirection from what’s really going on.

He states plainly the wall “isn’t even about immigration. It’s about fear. Fear that keeps us from focusing on real issues like gender equality, civil rights, the fact that we’re running out of water.”

To that point, he suggests that Trump is more akin to a magician reliant on distraction “from the great Harry Houdini to the late David Copperfield” than he is a man with an actual, cohesive plan.

For a less whimsical (but more scathing) takedown of Trump’s plan to build a wall, John Oliver offers up his opinion on Last Week Tonight: