Mexico isn’t paying for it, either. 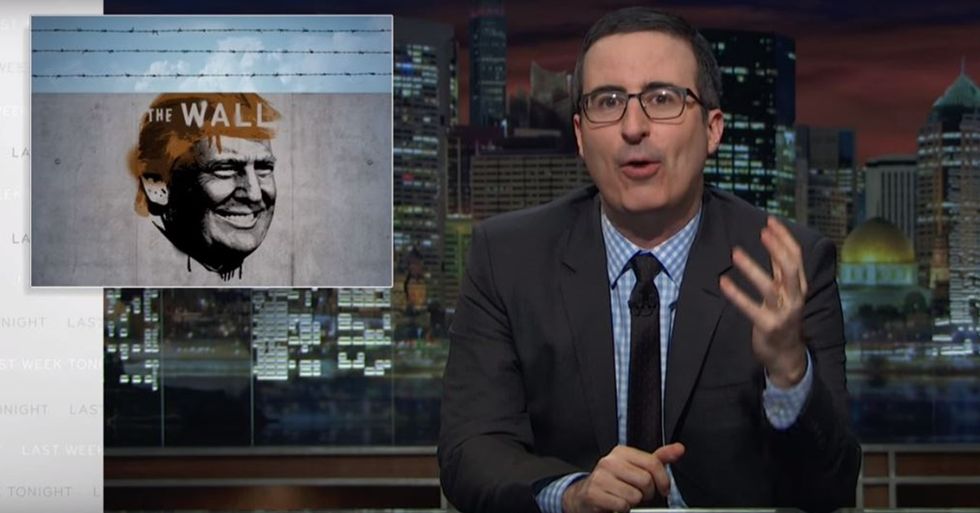 Over the past six months, the centerpiece of Donald Trump’s xenophobic presidential campaign has been his plan to construct a massive wall at the U.S.-Mexico border. “I will build a great wall—and nobody builds walls better than me, believe me—and I’ll build them very inexpensively,” Trump has said. “I will build a great, great wall on our southern border, and I will make Mexico pay for that wall. Mark my words.” Sunday night, on HBO’s Last Week Tonight With John Oliver, the show’s host set out to unpack Trump’s plan, revealing that it’s both ridiculous and unnecessary.

Trump states that it’ll cost around $12 billion to construct a wall that’s 1,000 miles long, 30 feet tall, and made from hardened concrete, steel, and rebar. Oliver estimates it would cost $16 billion for materials and another $2 billion to deliver them to the border. Plus, add another 30 percent to the total to pay for engineers and management. After the “yuge” wall is constructed, maintenance costs will exceed those of its original construction after just seven years.

Another major part of Trump’s proposed policy is that he’ll make Mexico pay for the wall. But the Mexican treasury secretary has said, “Mexico, under no circumstance, is going to pay for the wall that Mr. Trump is proposing.” And two former Mexican presidents have been adamant that Mexico won’t pay “one cent” of the project. But Trump still believes they can afford it because of the United States’ $58 billion trade deficit with its neighbor to the south. But Trump fails to realize that the money is held by Mexican business owners, not its government.

Finally, Oliver’s most damning case against the wall is that it’s unnecessary. Nearly 50 percent of all undocumented immigrants in the United States come through an airport or other port of entry, not an illegal border crossing. Secondly, the idea that it will prevent drugs and criminals from coming into the U.S. doesn’t hold up. “Researchers consistently find that immigrants are less—not more—crime-prone than their native-born counterparts,” Oliver says. “The crime rates among immigrants once here are relatively tiny digits, which is something Donald Trump should frankly understand given that he has 10 of them attached to his minuscule wrists.”