“He might’ve stayed a minute.” 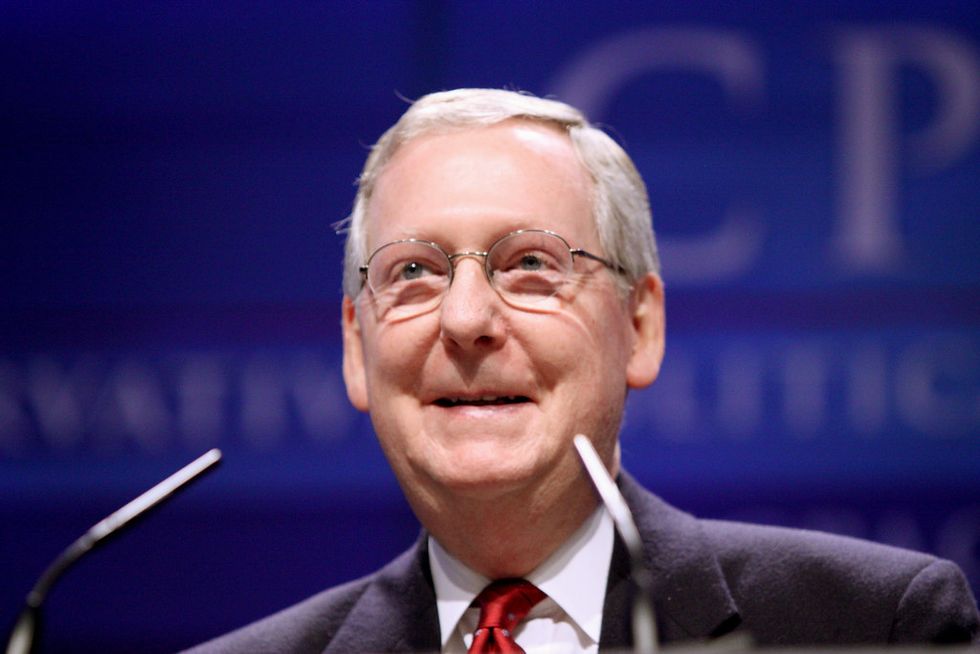 Black lung disease is scarring of the lungs caused by inhaling coal dust over a long period of time. According to WebMD, 16 percent of coal miners may eventually develop health issues in their lungs from inhaling coal dust.

Black lung disease can lead to chronic bronchitis, lung cancer, or chronic obstructive pulmonary disease (COPD). It can take decades for the disease to develop and most miners don’t learn they have it until they are retired.

Coal companies had been required to pay a $1.10 per ton tax on coal to finance the federal Black Lung Disability Trust Fund. But the amount reverted to the 1977 level of 55 cents earlier this year after Congress declined to take action.

“The coal industry had lobbied hard to allow the tax to drop as scheduled,” Reuters reported, “despite a government report saying the fund was in dire financial straits.”

Miners are worried the fund may soon become insolvent. The fund was already $4 billion in debt when the tax was cut earlier this year. Without government intervention, the fund’s debt will rise to $15 billion by 2050. This debt would have to be paid by U.S. taxpayers instead of the coal industry that has profited from the miners’ suffering.

A group of retired minders took a ten-hour bus ride from Kentucky to Washington D.C. on Tuesday, July 24 to ask Congress to restore the higher tax on coal companies. They met with Democratic senators Bob Casey of Pennsylvania, Joe Manchin of West Virginia, Tim Kaine of Virginia, Sherrod Brown of Ohio, and Democratic Virginia Congressman Bobby Scott — who have all supported their healthcare benefits in the past.

And they’re off! Follow along for updates as coal miners and their supporters head to DC to ask for more support fo… https://t.co/ZoQkTSBsgx
— Sydney Boles (@Sydney Boles) 1563796916.0

However, their meeting with Senate Majority Leader Republican Mitch McConnell of Kentucky didn’t go as planned. McConnell took a photo with the miners and then left without discussing the issue.

@BetterFutureKY Guess What? He just wanted the photo for campaign ads! He doesn’t care about you or your state. To… https://t.co/XgRrsgXTpY
— Sharon Schramm (@Sharon Schramm) 1563916202.0

“He might’ve stayed a minute,” Jimmy Moore, the head of the Letcher County Black Lung Association, said about his rapid departure. “It was a worthless trip, that’s the way I feel.”

“We rode up here for 10 hours by bus to get some answers from him because he represents our state,” George Massey, a miner from Harlan County, Kentucky, told the Lexington Herald-Leader. “For him to come in for just two minutes was a low-down shame.”

According to OpenSecrets, McConnell has taken over a million dollars from the mining industry since 1989.

McConnell spokeswoman Stephanie Penn said the senator “was glad to welcome his constituents to the Capitol” but didn’t mention the miner’s complaints. She said he is “working closely with interested parties regarding future funding for the program and will continue to ensure these important benefits are maintained.”