Science continues to find reasons why music makes you better at pretty much everything. #ProjectLiteracy 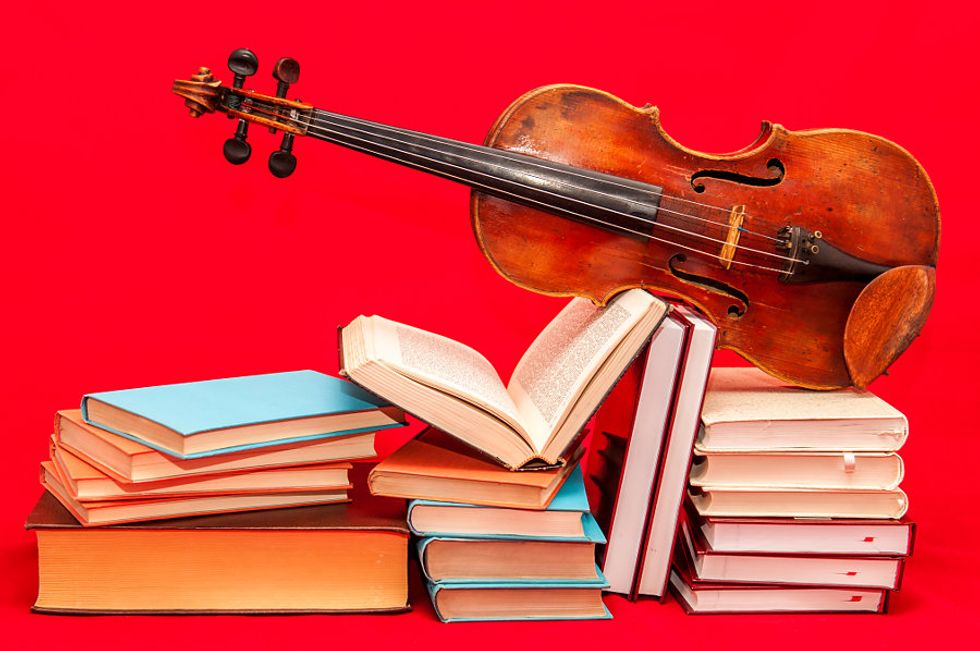 It’s known as the “musician’s advantage.”

For decades, educators, scientists, and researchers have observed that students who pick up musical instruments tend to excel in academics—taking the lead in measures of vocabulary, reading, and non-verbal reasoning and attention skills, just to name a few. But why musical training conferred such an advantage remained a bit of a mystery.

Nina Kraus, director of the Auditory Neuroscience Laboratory at Northwestern University and research collaborator on the Harmony Project has spent her life surrounded by music. And, today, she is studying how musical training can harness the brain’s natural plasticity, or adaptiveness, to help students become better overall students and readers, even when they grow up in impoverished environments.

The “musician’s advantage,” traditionally, has been difficult to study. Often, musical training is obtained privately in one-on-one instruction—something available only to kids of higher socio-economic status. This meant that researchers couldn’t say for certain whether music was responsible for the better academic outcomes observed or whether some unrelated factor, linked to living in a home in a higher income bracket, was behind any observed difference. After all, more affluent parents are often better educated themselves—and have more time and resources to help children with their reading and school work. Perhaps music wasn’t the true differentiator.

But Kraus remained certain that there was something special about musical instruction. While the brain can change in positive ways in response to any meaningful activity, she believes music offers unique benefits.

“Music and language skills rely upon auditory processing. Although reading may not be thought of as a primarily auditory activity, its foundation rests on a child making sense of incoming auditory input in order to map speech sounds correctly on to orthographic representations,” says Kraus. “Many of the same aspects of sound processing that are deficient in children with language and learning impairments have been found to be strengthened in those who receive music training, and music-based interventions have demonstrated some success in the remediation of reading problems, too.”

Kraus wondered if, perhaps, the right intervention might be able to confer the “musician’s advantage” to children in disadvantaged neighborhoods. Her past research demonstrated that living at the poverty level has profound consequences for the brain. Children from impoverished backgrounds show much poorer neural encoding of sound, which leads to less efficient and “noisier” auditory processing. And that, Kraus says, has the power to negatively impact literacy skills. But what if music could intervene and change that?

To find out, Kraus and her colleagues recruited students at an inner-city Chicago high school and matched them on reading ability, IQ and the speed at which their auditory nerves activate. She placed half the students in a Junior Reserve Officers’ Training Course. The other half joined a music training program, focusing on sight reading, playing technique, and musical performance. When she looked at their brain’s ability to encode speech two years later, she found a profound difference: the kids who were trained in music were able to show faster responses to a speech-in-noise stimulus. Their brains, it would seem, had adapted and improved. And it was music that made the difference.

“We’ve added a critical new chapter to the story about music and education,” says Kraus. “Due to the overlap between neural circuits dedicated to speech and music, and the distributed network of cognitive, sensorimotor, and reward circuits engaged during music making, it would appear that music training is a particularly potent driver of experience-dependent plasticity in the brain that influences processing of sound related to academics.”

And those effects may reach far beyond high school. Benjamin Rich Zendel, a neuroscientist at the University of Montreal, found that musical training is also a boon to the aging brain—allowing elderly persons with musical training to better differentiate speech in noise, indicating that even a small amount of music education can shape neural circuits that will help people better communicate throughout their lives.

This is why Kraus says that it’s even more important that children, of all ages and backgrounds, receive musical training as part of a standard educational curriculum—even as public school budgets are being slashed. “These programs offer the potential to stimulate positive biological changes in neural processes important for everyday communication,” she says. “Educators and legislators can look to our findings with renewed determination. Because accessible community-based music training programs can—and do—promote positive change.”