Her critics don’t understand what the word really means. 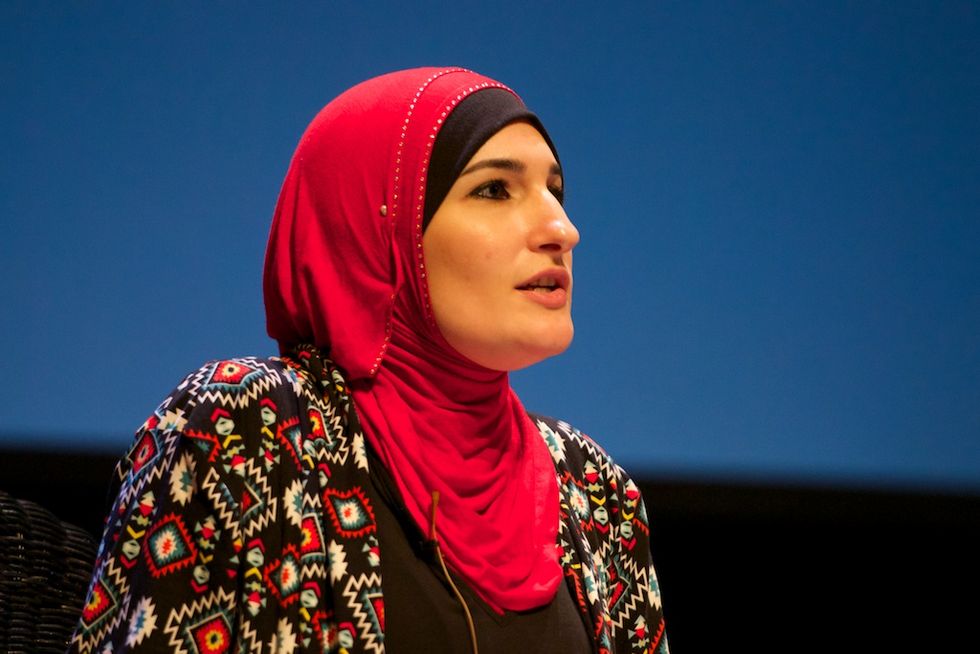 It is perhaps due to both a lack of reading comprehension and a propensity for Islamophobia that some conservatives are angry over a prominent Muslim activist’s use of the word “jihad” in a speech to Muslim audiences in Chicago this week. At the annual Islamic Society of North America’s (ISNA) convention last weekend, Linda Sarsour — the New York-based organizer who helped lead the Women’s March early this year — told audience members that their struggle against Donald Trump and the fascist right was a “form of jihad” accepted by God. Now she’s on the receiving end of death threats, and her community is raising money to provide her with security detail.

“There is a man who once asked our beloved prophet ... has said to him, ‘What is the best form of jihad or struggle?’

And our beloved prophet ... said to him, ‘A word of truth in front of a tyrant or leader, that is the best form of jihad.’ I hope, that when we stand up to those who oppress our communities, that Allah accepts us as a form of jihad, that we are struggling against tyrants and rulers not only abroad in the Middle East or the other side of the world, but here in the United States of America, where you have fascists and white supremacists and Islamophobes reining in the White House.”

It ought to be clear that the definition of “jihad” Sarsour is referring to here is not one of violence, but in case it isn’t, the word more commonly refers to a spiritual struggle rather than a physical one. Talking to ThinkProgress, Omid Safi, director of the Duke University Islamic Studies Center, explained: “In the context of the Qur’an, the term Jihad means struggle. The Qur’an uses other terms to mean ‘fight’ or engage in warfare. It often calls on the faithful to struggle in God’s path using their souls and possessions, in a way that is not all that different from the Biblical context of Jacob ‘struggling’ with God.”

Should you ever attend an Islamic conference like the ISNA’s, you’d likely hear the word thrown around in a number of different contexts, including the jihad against the desire to drink alcohol or engage in premarital sex. It’s also relatively common for Muslims to name their children Jihad, which is why it’s disconcerting to witness members of the liberal media — in this case, Yashar Ali, a contributing writer to New York Magazine and Huffington Post — argue that Sarsour shouldn’t have used the word at all:

This is absolutely the wrong position to take. Muslims needing to tailor the way they speak to appease an increasingly violent faction of xenophobes in the U.S. is intimidation. And this kind of logic ultimately serves as a tacit justification for the backlash Sarsour is currently facing.