“Remember Red, hope is a good thing, maybe the best of things, and no good thing ever dies” 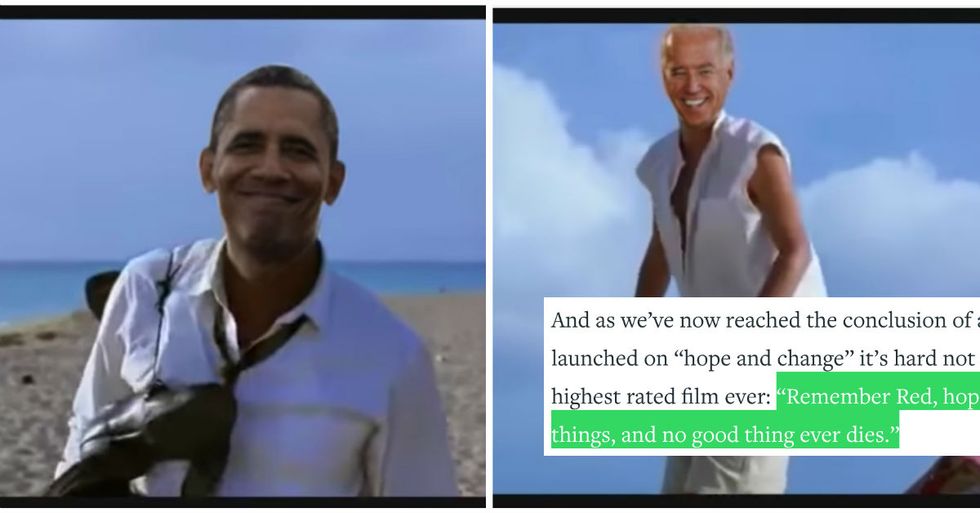 Former President Barack Obama. Those words are still freshly awkward in the minds of just about everyone in the world today. As Obama and Joe Biden departed Washington, DC after Donald Trump’s swearing in as president, both men entered a strange new world as they left the most powerful office in the land to return to lives as ordinary citizens in the country they led for eight years.

Editor extraordinaire Todd Spence has channeled all of our emotions by reimagining the ending of The Shawshank Redemption as a gut-wrenching reunion between Barack and Joe.

And as we’ve now reached the conclusion of a political ascension that was launched on “hope and change” it’s hard not to remember the line from IMDB’s highest rated film ever: “Remember Red, hope is a good thing, maybe the best of things, and no good thing ever dies.”

What more can we really say? It only seems fitting that these two bros for life would be reunited on a sunny beach somewhere, liberated at last from the burdens of office and far out of sight and mind from the gloomy clouds descending over the nation’s capital.