Researchers at Indiana University have essentially eliminated obesity and diabetes in lab rats with a new, three-pronged peptide. 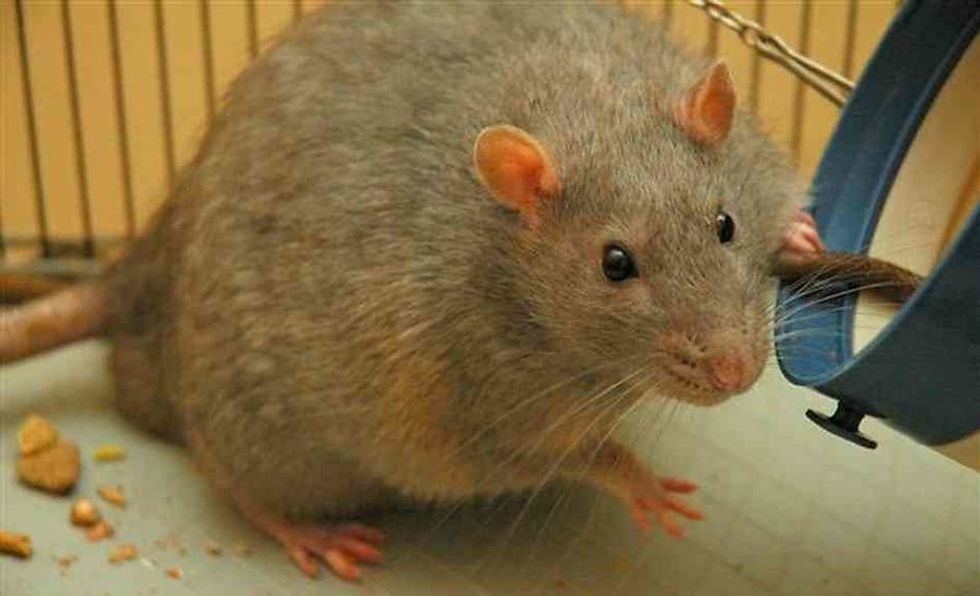 Great news for all you overweight animals and the like suffering from obesity and diabetes: A study out of Indiana University this week in Nature Medicine details a new peptide treatment that essentially cured lab rats of both ailments by reducing blood glucose, decreasing appetite, and boosting the rate at which calories are burned on a long-term scale.

Researchers are particularly excited about the peptide because it’s a combination of three gastrointestinal hormones, and builds upon clinical results from last year, which found that pairing just two of these hormones was an effective treatment for adult-onset diabetes. Referred to as “triple agonists,” these new, extra-strength peptides reduced rodents’ body weight by around 30 percent. The double hormone of yesteryear resulted in losses about half that.

Looks like too many bread crusts for this young duckling.

“This triple hormone effect in a single molecule shows results never achieved before,” said Brian Finan, a co-first author on the study and a scientist at the Helmholtz Diabetes Center. Other researchers involved have described the findings as “unparalleled.”

An unnamed caged rodent source has described the overall mood as “elated,” pointing out that confidence levels are soaring as waistlines continue to shrink, just in time for those fast-approaching holiday parties. Word is still out on whether before and after photos will be made available to the general public, meanwhile chunkster animals everywhere are jealously awaiting their own doses of peptide power.

"Can I haz some peptides?"

“These preclinical studies suggest that, so far, this unimolecular, polypharmaceutical strategy has potential to be the most effective pharmacological approach to reversing obesity and related metabolic disorders,” the study’s abstract concludes.