Here are some people Judge Ellis was harder on than Paul Manafort.

Justice was not served today. 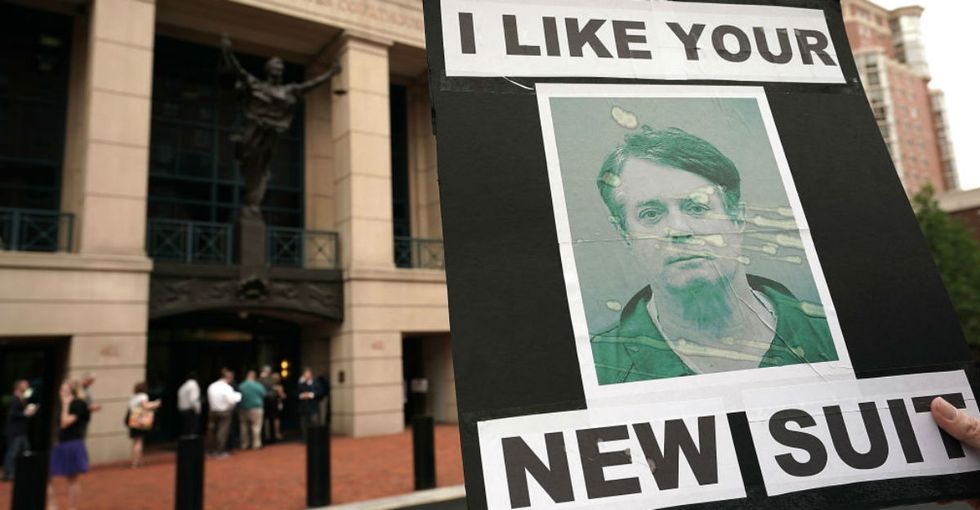 Feder Judge T.S. Ellis technically sentenced Manafort to 47 months in prison, far shorter than the recommended sentence of more than 20 years that came from Mueller and his team. Even more surprising, Ellis is giving Manafort credit for the nine months he’s already been behind bars, meaning he will likely be out of prison in just over three years if not sooner.

And it’s unlikely Manafort will be serving “hard time” compared to your typical incarcerated individual. His lawyer is already pushing for Manafort to serve his remaining time in a minimum security “labor camp” in Maryland.

But Judge Ellis is rarely so lenient with his other sentences.

In July 2018, he made national headlines when sentencing 37-year-old Frederick Turner to prison for 40 years for dealing methamphetamines.

At the time, Ellis complained about having to issue such tough sentences but claimed he had no control over the decision, declaring:

"I chafe a bit at that, but I follow the law. If I thought it was blatantly immoral, I'd have to resign. It's wrong, but not immoral."

But maybe you think that’s just because Paul Manafort is a rich and powerful person in the world of politics. Not so fast.

In another shocking comparison, Judge Ellis had no problem sentencing former Rep. Bill Jefferson to 13 years for similar crimes. Granted, Judge Ellis then released Jefferson from prison in 2017 but still was willing to grant him a much harsher initial sentencing.

Harsher sentences for voter fraud are not difficult to find. In November 2018, a Texas mother of four was sent to prison for eight years for the same crime in which Manafort will serve a comparably small amount of time. And her voter fraud certainly did not rise to the level of crimes committed by one of the most powerful men in international electoral politics. In fact, the “crime” committed by Rose Marie Ortega was simply voting when she thought she was allowed to. She literally voted for the attorney general candidate who prosecuted her.

This is not to advocate for cruel and unusual sentencing guidelines. If 47 months is the appropriate sentencing for Paul Manafort’s crimes, then great. What is egregious and unjust are the much harsher sentences millions of Americans are subjected to for equal or lesser crimes, including sentences issues by the same judge in Manafort’s case.

Justice is not true if the law is not applied equally to all Americans, regardless of race, creed, gender, or economic standing. In fact, our justice system works best when it shows compassion and mercy for those least fortunate Americans who may have been pressured into their crimes out of desperation. This certainly was not the case for Paul Manafort, someone who greedily and illegally made millions at the expense of American taxpayers.