You can’t make this up 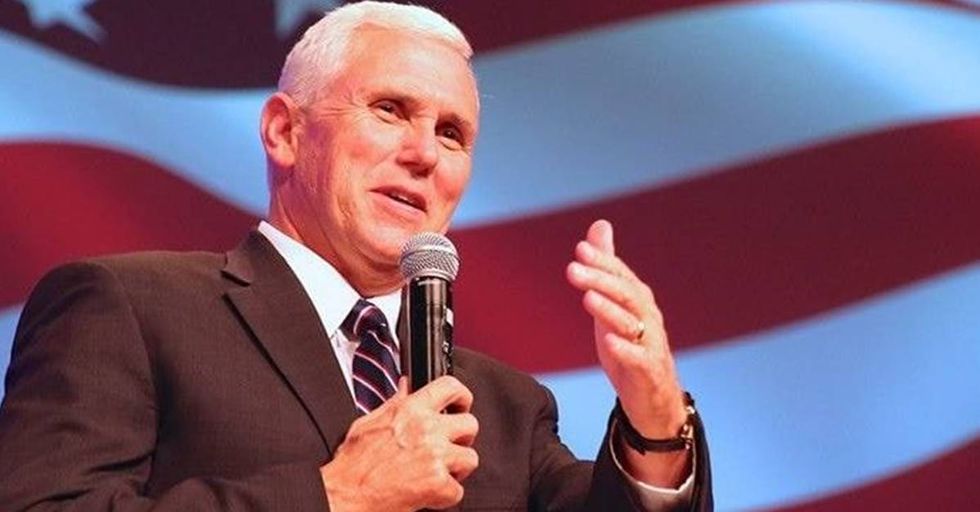 Given the Trump administration’s close ties to the white nationalist movement it’s no surprise its Black History Month celebration has been lackluster. Earlier this week, Trump showed he has no idea who abolitionist Frederick Douglass was, calling him “an example of somebody who’s done an amazing job and is getting recognized more and more, I notice.” His press secretary, Sean Spicer, seemed equally clueless about Douglass by referring to him in the present tense. Douglass died in 1895.

Wednesday, Vice President Mike Pence took a shot at honoring Black History Month and fumbled as well. He celebrated by tweeting about the achievements of president Abraham Lincoln. Lincoln was white.

Black History Month was created to celebrate the achievements of African-Americans throughout history. Pence’s tone-deaf tweet instead focuses on a white savior narrative and highlights black oppression. Pence’s tweet reveals a serious lack of understanding about Black History Month and a flippant attitude towards the achievements of African-Americans.

Twitter found a way to laugh through the pain under the hilarious hashtag #PenceBlackHistory.

If white people never enslaved you and took your civil rights, then you would have never had MLK and Malcolm X… https://t.co/nTjqXR3DPz
— Hola, Yodito (@Hola, Yodito)1486053814.0

#PenceBlackHistory Let us remember sir Paul McCartney for introducing us to successful black artists like this one! https://t.co/m9lFlLsyIp
— Banji 🇳🇬 (@Banji 🇳🇬)1486051993.0

As #BHM begins, let's recognize Taylor Swift for inspiring Kanye to tell us Beyoncé had the greatest video of all time. #PenceBlackHistory
— Kennon G. (@Kennon G.)1486061181.0