The Internet Rallies to Remind Donald Trump That #PeriodsAreNotAnInsult

Across Twitter, both women and men are letting the presidential candidate know that there’s nothing wrong with menstruation. 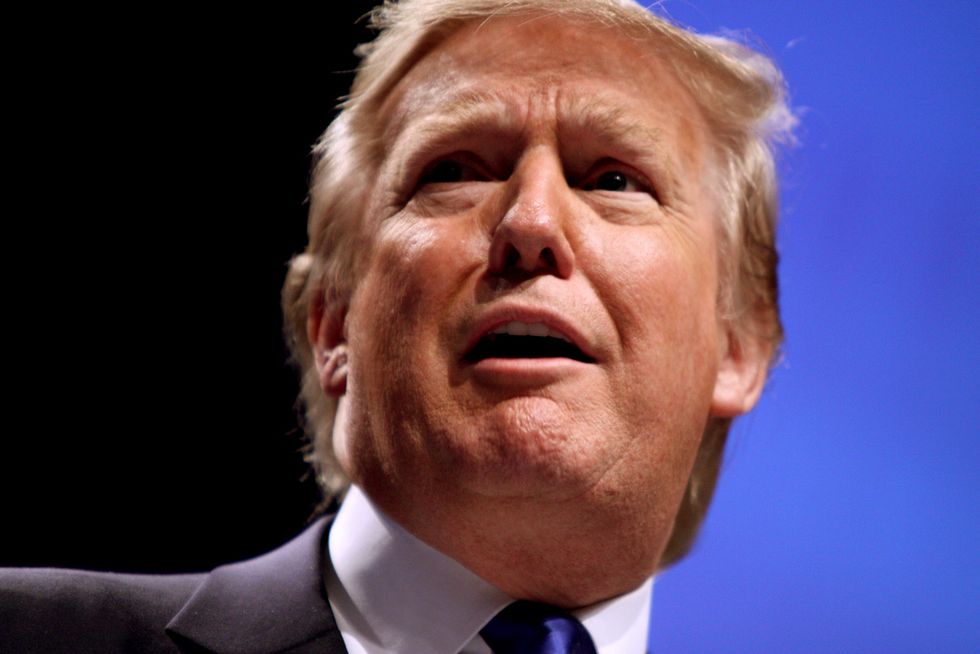 In the days following his performance at the first of this election cycle’s GOP presidential primary debates, Candidate Donald Trump saw fit to not only attack his fellow office-seekers, but debate moderator, Megyn Kelly, herself. Speaking on CNN, Trump derided Kelly’s moderation, claiming: “She gets out and she starts asking me all sorts of ridiculous questions. You could see there was blood coming out of her eyes, blood coming out of her wherever. In my opinion, she was off base.” Trump didn’t specify at the time just what that “wherever” actually was, but given that much of Kelly’s pointed questioning toward the candidate was in regards to his previous attacks on women, it seems pretty easy to imagine what he meant.

In response to this latest Trump-ism, Femsplain’s Amber Gordon has launched “Periods Are Not an Insult,” a site which urges twitter users to post period-positive messages with candidate Trump, using the hashtag of the same name.

Having a period is not, in and of itself, a requisite for participating in the cause:

The site, which Gordon built “while on my period and listening to Red by Cher,” also encourages visitors to submit their own examples of having experienced someone use menstruation as an insult.

Since his comments, Trump has walked back his remarks somewhat, tweeting that his open-ended “wherever” was actually in reference to Megyn Kelly’s “Nose.” That doesn’t seem to quell the growing reaction to his initial remarks, however. The #PeriodsAreNotAnInsult hashtag has been tweeted hundreds of times, and shows no sign of slowing anytime soon.

[via the daily dot]