A Girl Scout Is Now The Poster Child For Protesting 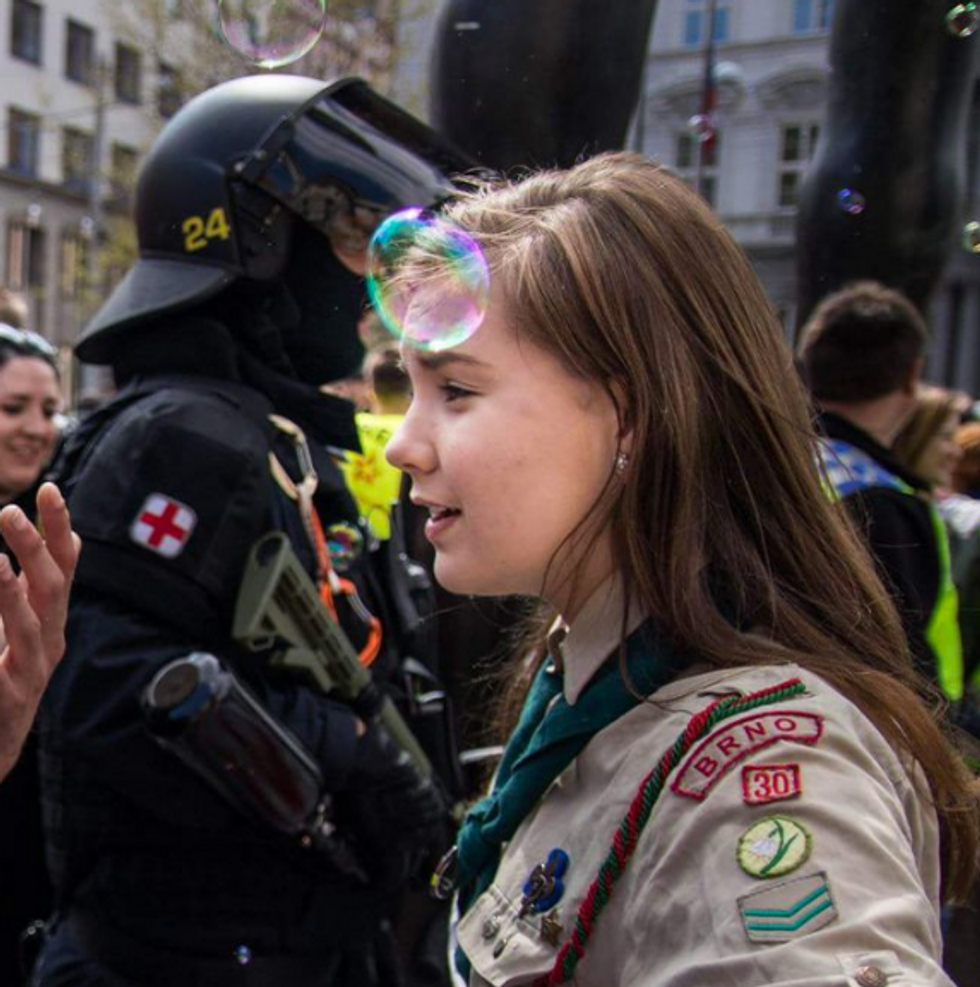 On Wednesday morning, the world of social media awoke to find it has a new poster child for protesting.

In the perfectly framed picture above, taken by Vladimír Cicmanec, Lucie, a rather stoic young woman from the Czech group Junak - cesky skaut (Scouts and Guides of the Czech Republic), squares off with a neo-Nazi during May 1 demonstration in her country.

The protests, according to the International Business Times, were part of an annual march by the far-right group. However, this year, residents of Brno, where the march took place, were asked not to block the planned march, but instead to dance, sing, and remain joyous right alongside the neo-Nazi group, using the slogan, "You can't salute the Nazis if you're having a good time."

As Mashable noted, The World Organization of the Scout Movement (WOSM), proudly reshared the powerful image on Facebook saying in a post, "People from all walks of life, and #Scouts among them, came to the streets during an extreme right march yesterday, to express their support for values of diversity, peace, and understanding. Creating a better world!"

So far, the image has received more than 6,000 upvotes on Reddit and has elicited more than a few supportive responsive on Twitter, including many who call the young woman “brave,” “fearless,” and “a work of art.” Check out a few of the reactions below: