Pope Francis to Skip Lunch With Congressmen, Will Eat With DC’s Homeless Community Instead

By dining with the less-fortunate, the Pontiff sends a powerful message to Washington’s elite. 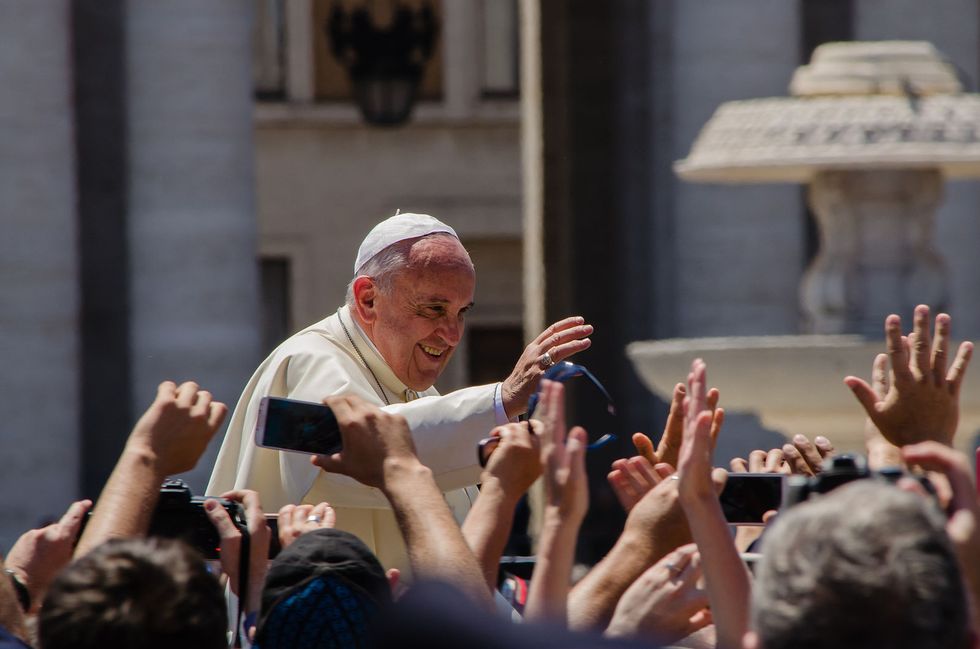 Pope Francis’ speech to a joint session of congress on Thursday is being heralded as one of the most significant political events in Washington D.C. in recent memory. The Pontiff discussed a range of issues, including poverty, our responsibilities to this planet, and the continuing political and moral challenges surrounding immigration to the United States. But while any speech to a congressional body is inherently political, Pope Francis has made it clear that he’s not there to play politics as usual.

Following his speech, Pope Francis has reportedly chosen to skip a number of invitations to dine with members of congress, including Speaker of the House John Boehner and Minority Leader Nancy Pelosi. Instead, he has opted to spend his lunch both serving, and eating with members of Washington’s homeless community. The pope is scheduled to visit St. Patrick’s Church, and the Catholic Charities of the DC archdiocese, where he will bless a meal of chicken, salad, green beans and brownies for around three hundred poor and homeless diners.

We expect [the pope] to be like a maître d’ at a restaurant. There’s not a lot that’s scripted; rather, we want him to have as much time to greet people [and] spend time with them as possible. He’s big with people on the margins of society, those that tend to get overlooked.

It’s a move that is both bold in its symbolism–an eschewing of the hobnobbing that is the currency of the capital’s powerful and elite–and entirely appropriate for a Pope who has made outreach to those one the margins of our society the centerpiece of his papacy. Earlier this year, Francis invited one hundred and fifty homeless men and women to an exclusive tour of the Vatican, during which he surprised guests with a personal appearance.

Pope Francis’ political views, from his focus poverty, to his stance on LGBTQ rights and abortion, cannot be easily claimed by a single political party. Democrats, and Republicans alike will likely find moments of his speech that will not cleanly align with their own beliefs; It speaks to Francis’ ability to share a message that is fundamentally different from the partisan cacophony that tends to drown out actual political progress. But throughout his tenure as Pope, Francis has made a point to do more than simply share a powerful message. By opting to spend his lunch with Washington’s less fortunate, the Pope is demonstrating a humility and commitment to service that surpasses oratory and pomp. Instead, he is leading by example, and in doing so, has implicitly raised the bar for what we should expect from our elected officials. It’s not enough to simply admonish and inspire from a podium. Instead, one must act, and do so without reservation or pride.

To Francis, leadership stems from truly serving the community–the whole community–regardless of whose lunch plans you have to turn down, in the process.