The President Asked Us to Compare Deaths From Terrorism and Gun Violence. Here Are the Numbers

After the mass murder at Oregon’s Umpqua Community College, it’s time to get real when it comes to firearm fatalities in this country. 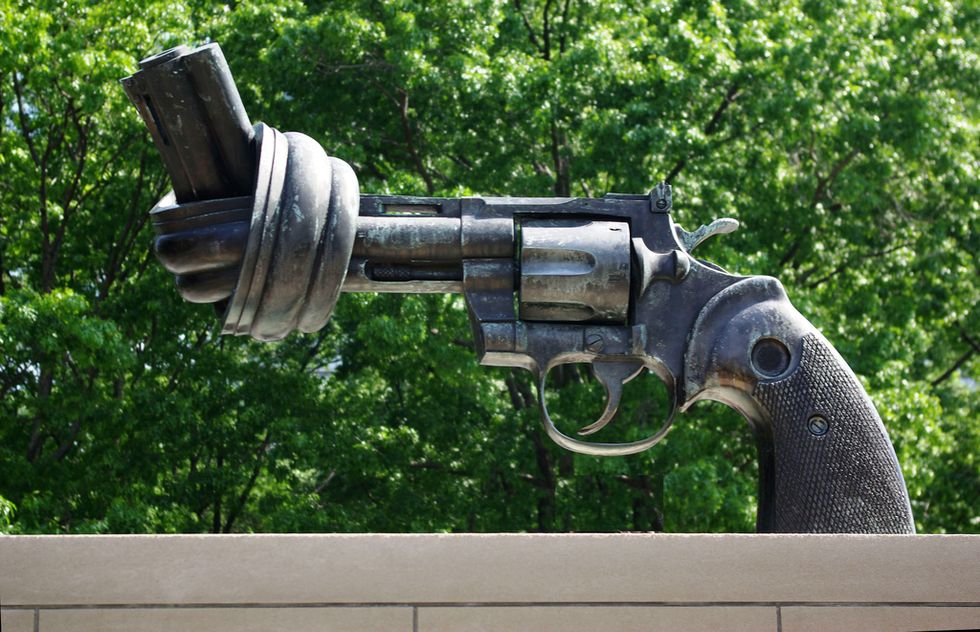 Addressing a nation once again faced with yet another grim example of horrific violence carried out at the hands of a man with a gun, President Obama struck a strident tone as he spoke to the White House Press Corps following the shooting deaths of ten people at Oregon’s Umpqua Community College.

“The reporting is routine. My response here at this podium ends up being routine, the conversation in the aftermath of it. We've become numb to this.” he said, before challenging news organizations to compare the numbers of gun deaths in the United States with the numbers of those killed by acts of terrorism in this country.

“I would ask news organizations — because I won't put these facts forward — have news organizations tally up the number of Americans who have been killed in terrorist attacks in last decade and the number of Americans who've been killed by gun violence. And post those side by side on your news reports. This wont be information coming from me. It will be coming from you.”

Taking up President Obama’s call, news organizations around the world dug into the numbers, and while their exact figures, sources, and methodology may vary, the overall result is overwhelmingly the same: Gun violence over the last decade has been dramatically more responsible for the deaths of Americans than acts of terrorism.

Citing the Center for Disease Control, CNN places the total number of deaths–homicide, suicide, and accidental–caused by firearms within the United States from 2004 through 2013 (the most recent available year of CDC data) at 316,545. NBC, using the same CDC data, but starting their count in 2001, determined that 153,144 of those deaths were the result of homicide. By comparison, CNN tallied the number of deaths from acts of domestic terrorism in that same time period and came to just 36 (the full list of which acts the network counted to reach that number is available on their site). Adding acts of international terrorism doesn’t do much to change the gulf between the two statistics. Using data from the U.S. State Department, CNN reports that 277 Americans were killed from acts of terrorism outside the United States.

Vox’s Zack Beauchamp used slightly different data set, starting in 2001 and extending through 2011. Relying on both State and Justice department figures, he reports a total of 130,347 Americans killed by gun violence, compared to 3,000 killed by acts of terrorism–including the attacks of September 11th–for that time frame (he doesn’t specify whether solely on American soil or not).

The Washington Post’s Philip Bump, using numbers provided by the University of Maryland’s Global Terrorism Database, and the non-profit Gun Violence Archives, writes that there have already been 9,948 Americans killed by firearms in 2015 alone, compared to an estimated 3,521 total terrorism-related deaths in the United States since 1970. In fact, reports The Post’s Christopher Ingraham, 2015 has yet to go eight days without a mass shooting event–one in which four or more people are killed or injured by gunfire–with a total of 294 shootings taking place in just the 274 days of the year, so far.

During his speech to the nation, President Obama said that after events like the killings in Oregon, “our thoughts and prayers are not enough.” He urged Americans to examine the statistics, like those listed above, in order act together and strengthen gun laws for the common good, proclaiming: “Each time this happens I'm going to bring this up. Each time this happens I'm going to say that we can actually do something about it but we're going to have to change our laws and this is not something I can do by myself.”