Inmates Break Out Of Jail To Save Fallen Guard

He had a heart attack. 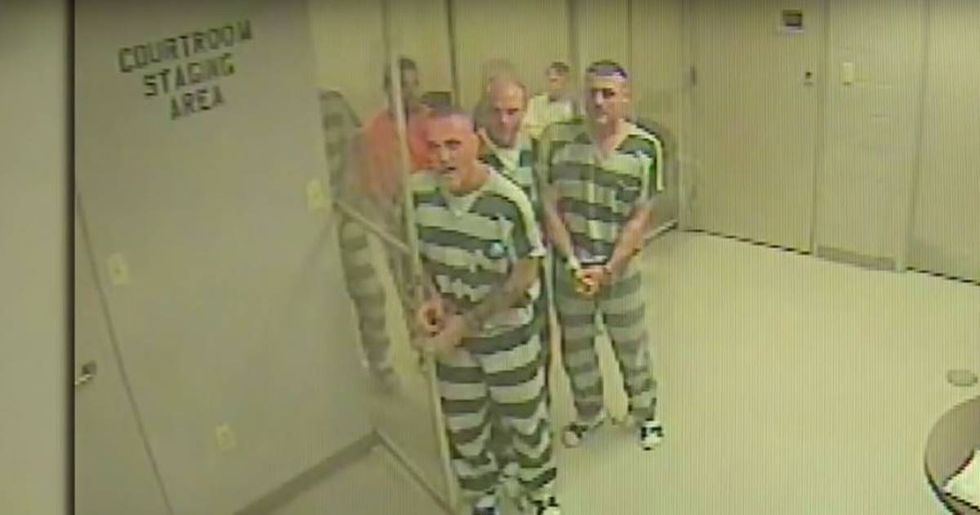 Prison inmates and jailers are known for having adversarial relationships. While the prisoner rots in a cold cell, the guard stands on the other side of the bars with the keys to his or her freedom dangling at the waist. But a recent incident at the Parker County Courthouse in Texas showed that not only can hardened criminals find a soft spot for a guard in need, they’re also willing to risk their lives for the officer.

A video released by the Parker County Courthouse shows that when a guard at the courthouse jail suffered a heart attack, the inmates came together to save his life. “He just fell over, and it looked like an act or something,” inmate Nick Kelton told the WFAA News. The inmates shouted for help, but when no one came to the guard’s aid, they used their combined weight to bust open their holding-cell door. “I was a little worried because they’re gonna come with their guns drawn on us,” Kelton says.

When they got to the guard, he had no pulse, so the shackled inmates shouted and banged on doors to summon help. Deputies upstairs in court heard the racket and ran down to the jail area. The fallen guard had a gun in his holster and jail keys on his belt which could have resulted in a deadly situation. But the inmates had no interest in causing trouble. When the deputies arrived, the inmates went peacefully back into their cell while guards administered CPR and called for an ambulance. The guard would go on to make a full recovery and is expected to return to work very soon.