One man wants to use ‘Gone Girl’ as a defense but author Gillian Flynn isn't having it. 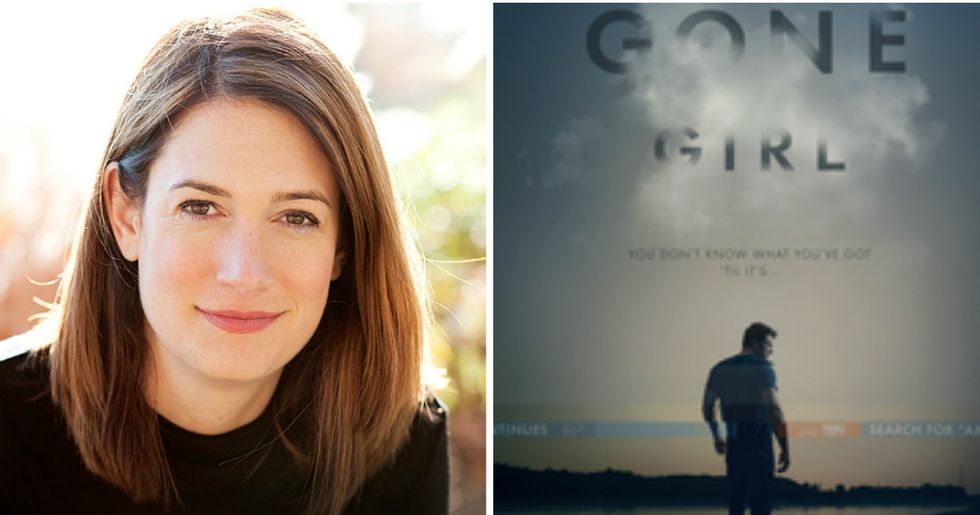 A woman goes missing. Bloodstains were found in her home. A surveillance camera catches her ex-husband and his current girlfriend throwing away garbage bags filled with items stained with her blood. They are accused of fabricating or tampering with evidence. It sounds like something out of a movie based on a book, or rather, that’s what the ex-husband wants people to think.

Connecticut woman, Jennifer Dulos, has been missing for more than a month, disappearing shortly after she was seen dropping her kids off at school. Now, the attorney of her ex-husband is trying to say she pulled a “Gone Girl.” That’s where you fake your own disappearance and frame your husband to get revenge and/or escape from your life. "We don't know what had become of Jennifer but the 'Gone Girl' hypothesis is very much on our mind,” Norm Pattis, the lawyer of the ex-husband, said.

But Gillian Flynn, the author of Gone Girl is calling b.s. on the defense. “I have been following the story of Jennifer Dulos’s disappearance. This situation is so incredibly painful, I can’t imagine what her children, her family, and all those close to her are going through. I am deeply sorry for Jennifer and her loved ones,” Flynn said in a statement.

Furthermore, Flynn is not happy that the ex-husband is trying to drag her book into the case. Gone Girl is a work of fiction - not a legal defense. “I’ve seen in recent coverage that Jennifer’s husband and his defense attorney have put forward a so-called ‘Gone Girl theory’ to explain Jennifer’s disappearance. It absolutely sickens me that a work of fiction written by me would be used by Fotis Dulos’s lawyer as a defense, and as a hypothetical, sensationalized motive behind Jennifer’s very real and very tragic disappearance,” Flynn continues.

Anne Dranginis, attorney for Jennifer’s mother, says that comparing the disappearance to Gone Girl is an attempt to “slander the victim.” Dulos isn’t around to defend herself because she literally disappeared. “This is not fiction or a movie. This is real life, as experienced every single day by Jennifer’s five young children, her family, and her friends. We are heartbroken. Jennifer is not here to protect her children, and these false and irresponsible allegations hurt the children now and into the future,” Dulos’s friend Carrie Luft said on behalf of her family.

What happened to Jennifer Dulos remains a mystery, but there’s one thing we know for sure. There will inevitably be a lot of true crime podcasts made about this case.