A UK ad featuring a ‘sexy’ Theresa May has been pulled after sexism accusations.

The UK has a sexism in advertising ban that goes into effect later this year. 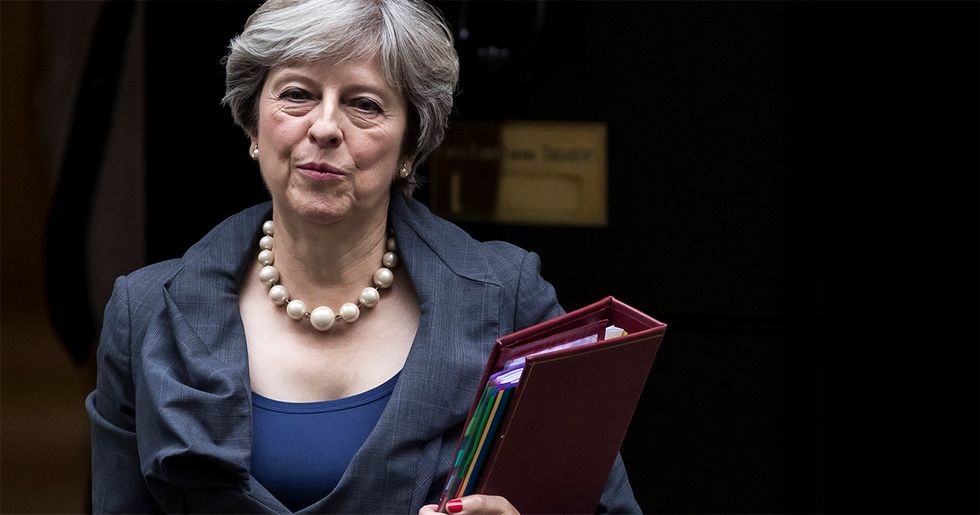 In 2015, an for Protein World appeared in the London Underground featuring a bikini-clad blonde that asked, “Are you beach body ready?” Public outcry over the ad kicked off a movement in the UK to eliminate sexim from advertisments.

This eventually led the Committee of Advertising Practice to ban five types of advertising it deemed sexist. The rules will take effect in June of this year.

Although the rules have yet to take effect, UK finance company Capital.com has voluntarily pulled its ad featuring a hypersexualized portrait of UK Prime Minister Theresa May. The ad reads: “Her deal or yours? Make the markets your own on a historic day for Brexit.”

In the ad, May is wearing bright red lipstick while winking and seductively holding her pearls. It also highlights her cleavage.

The ad references May’s recent Brexit strategy proposal which was recently rejected by the House of Commons.

Not quite sure who this "sexy Theresa May" image is meant to appeal to? pic.twitter.com/dxGPeBrS7n

The sexist ad created an outcry on social media so Captial.com pulled it and issued an apology.

“We recognise that an advertisement posted on global media channels by Capital.com, featuring a caricature image of Theresa May, has upset some people,” a Capital.com spokesman said. “It was not our intention to cause any offence and we apologise for any harm or insensitivity. We made a mistake. The advert has been immediately withdrawn and terminated.”

A human being spent their time creating this. pic.twitter.com/6d8BnmOYG3

Is she having some kind if stroke or is that supposed to be a wink?