The Political and Emotional Origins of Star Wars 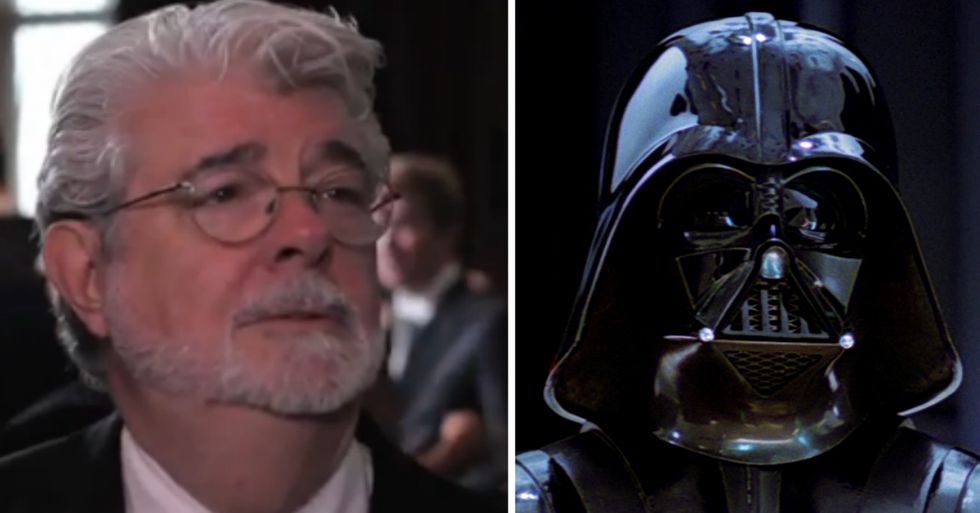 “There's more of me in Star Wars than I care to admit," George Lucas has said. A lover of fairy tales and comic books as a kid, the creator of the juggernaut franchise had a goal: to make a modern myth. But, whether he liked it or not, every myth-maker is still influenced by his experience. In the Los Angeles Review of Books, Benjamin Hufbauer contextualizes Lucas' childhood and youthful obsessions growing up in rural California in the '50s, tracing how his environment and the culture helped shape his legendary films and today's blockbuster hit.

Some examples: You can see a lot of the cheeky '30s film franchise Flash Gordon in the action sequences (as well as in Princess Leia's sarcasm); President Nixon was one of the models for Emperor Palpatine; and the Millennium Falcon could be considered a fictional version of Lucas' first car, a tiny Fiat Bianchina, which he crashed.

We discover that this brush with death affected him, as well as his struggle with diabetes. But the pervasive existence of war in America in the mid-20th century greatly affected the young Lucas even more. His sister Anne's fiance died in the Korean War, and Lucas was enthralled with war footage from World War II. “I loved the war," he said. “It was a big deal when I was growing up. It was on all the coffee tables in the form of books, and on TV with things like Victory at Sea" (the 26-part NBC documentary about Navy combat during World War II). The influence is visible in the saga, especially in its gripping, black-and-white portrayal of good and evil.

Related Articles Around the Web
Trending Topics
THE DAILY GOOD
Start your day with something GOOD.
Trending Stories