Tabitha King just called out the sexist media reactions to her and her husband’s shared legacy.

"Wife is a relationship or status. It is not an identity." 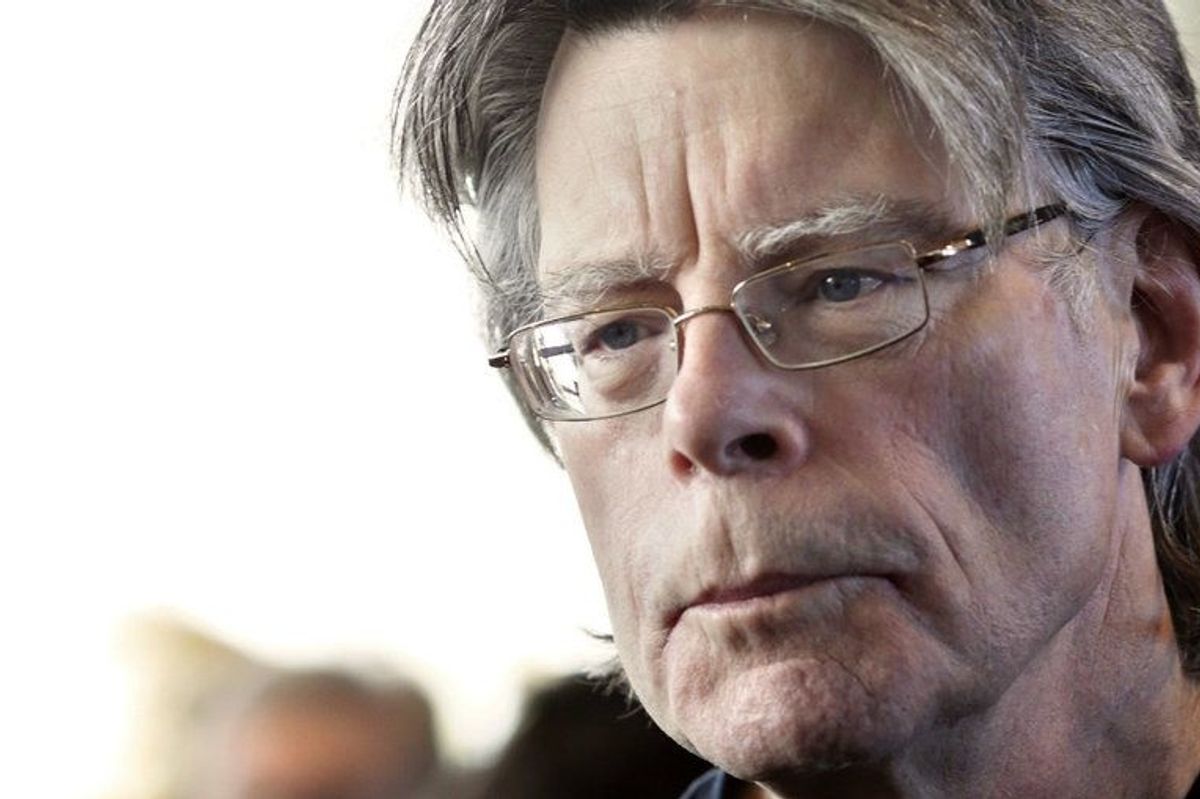 If you've read Stephen King's autobiography, you know what a critical role his wife Tabitha played in helping to launch his writing career. She's an acclaimed artist in her own right with eight novels and two non-fiction titles. Most importantly, she's not just “Stephen King's wife," an afterthought to be casually referenced in whatever thing her more famous husband is doing in the world.

Case in point, the Kings made a recent major charitable donation to the New England Historic Genealogical Society. It was an gift whose roots came from Tabitha King. However, in the media's coverage of the donation, nearly all the attention was focused on Stephen King himself. That didn't sit well with Tabitha or her spouse, the world's most iconic living fiction writer, who shared a letter from his wife in a Facebook post:

My wife is rightly pissed by headlines like this: “Stephen King and his wife donate $1.25M to New England Historic Genealogical Society." The gift was her original idea, and she has a name: TABITHA KING. Her response follows.
Dear Editors (married to a wife or a husband):
In recent media coverage of a gift that my husband (ironic usage) and I made to the New England Historical and Genealogical Society, we became Stephen King and his wife.
Wife is a relationship or status. It is not an identity.
You could have made other choices. You could have referred to me as OfStephen. Or His Old Lady. Or His-Ball-And-Chain.
I have sons. You could have referred to me as Mother-of-Novelists. I have a daughter but wouldn't it be just silly to refer to me as Mother-of-Clergy?
I'm seventy. I thought I would give you permission, if “OfTabitha" predeceases me, to title my obituary, Relick of Stephen King.
In the meantime, you might consider the unconscious condescension in your style book, and give women their names.

That kind of says it all. As one commenter on Reddit noted:

"Tabitha King donated 1.25 million dollars. What an amazing philanthropist.
And then she first wave feminism-style ripped into media."

And for any readers wondering why we didn't include a photo of Tabitha King in the article, that's because we use a professional photo service in which no photos of her were available for purchase or download, further illustrating her point.

When they're not writing novels, the Kings have been active in politics and supporting the arts. They're building a shared legacy that will live alongside their writing long after they're both gone.

It's understandable that Stephen King gets the lion share of attention as his books have reached a nearly unprecedented level of commercial success. There's nothing sexist about acknowledging his accomplishments. But while he's here, he's one half of a partnership with his wife Tabitha. Being more inclusive and aware of that partnership isn't about being politically correct. It's about acknowledging that Tabitha King is a person - she's an acclaimed artist in her own right - and she is at least half the driving force allowing Stephen King to create the kind of content that has delighted, and terrified, audiences for decades.