“We wouldn’t be here at all if it wasn’t for Steven and his dream.” 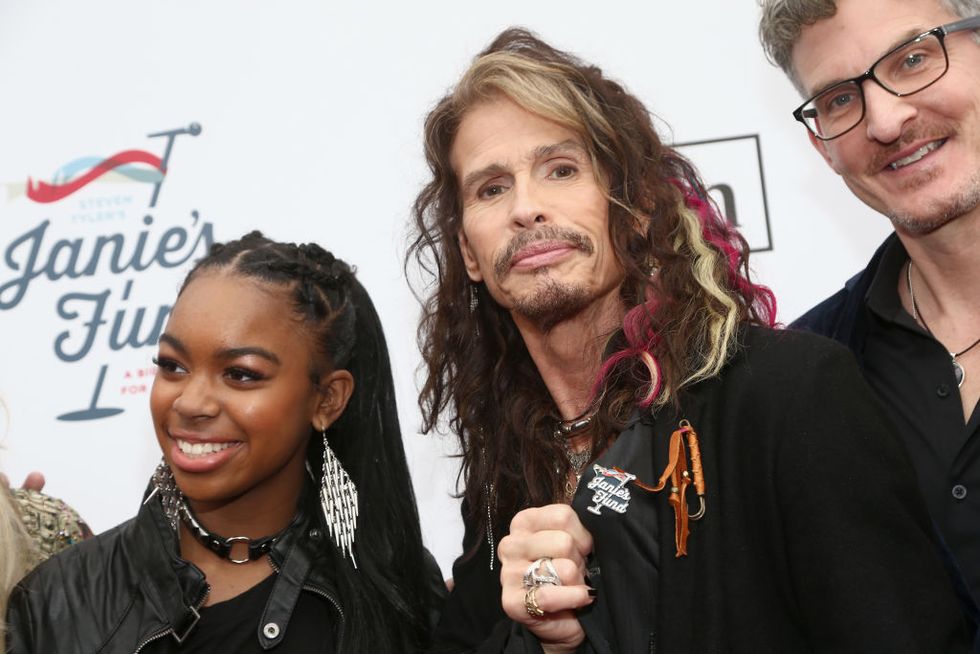 Aerosmith lead singer Steven Tyler has a musical legacy that will live on for years to come. But his latest venture might just leave an even bigger impact in the lives of vulnerable young women.

Tyler announced a major donation and helped open a new location of Janie’s Home in Memphis, Tennessee. The center, which gives shelter and resources to young women escaping abuse, is named after the Aerosmith’s 1989 song “Janie’s Got a Gun,” which is about a girl who is abused by her family. In the song, Janie uses drugs in order to escape from the pain her father inflicts upon her.

In lieu of a traditional ribbon cutting, Tyler cut a scarf at the center’s opening. “This does my heart and my soul good,” Tyler said at the event. “This is real - to help even just one girl through Janie’s House is a dream come true… just when the world feels over, you can turn into a butterfly.”

The center will help teenage girls who have been neglected or abused. At 39,000 square feet, Janie’s House has enough space to service 14 girls at a time and is expected to provide services for up to 30 girls between the ages of 12 and 18 annually.

At the scarf-cutting ceremony, girls who had been helped by Janie’s House were present. "The reason that I am at Janie's House is because I experienced sexual abuse at the age of 3," said one of the girls. She is now 14 and says the help she got at Janie’s House changed her life. "Through Janie's House, I can learn a lot about my past and learn I was not the only one that had been through the same problems," she said.

Tyler drew inspiration for opening the center from his own time spent at rehab. “While I was there, all the girls I met had been abused either physically, mentally, or verbally, or at least 90 percent of them all,” said Tyler. "So when I got out of there, I laid it all on Janie. I said, what are you going to do?" Not only did Tyler open Janie’s House, he also chose the inspirational murals and quotes that decorate the facility.

Janie’s House is located on the 82-acre location of a nonprofit called Youth Villages. “We wouldn’t be here at all if it wasn’t for Steven and his dream of Janie’s Fund,” said Youth Villages CEO Patrick Lawler at the scarf-cutting ceremony.

The Memphis location of Janie’s Home was made possible to Tyler’s foundation, Janie’s Fund, which donated $500,000 to the new facility. Janie’s Fund raises money for Janie’s Home, and has raised $4 million for both the Memphis and Atlanta locations. "I'm gonna bring this Janie's Fund with me wherever I go. It's like a dream come true," Tyler said.

The first location of Janie’s House opened in Atlanta, Georgia in 2017. Tyler has plans to open a third Janie’s House location in Las Vegas later this year.