Thousands Unite to Save China’s Dogs With #StopYulin2015

Activists in China and the West come together to save man’s best friend from the annual Yulin summer solstice festival. 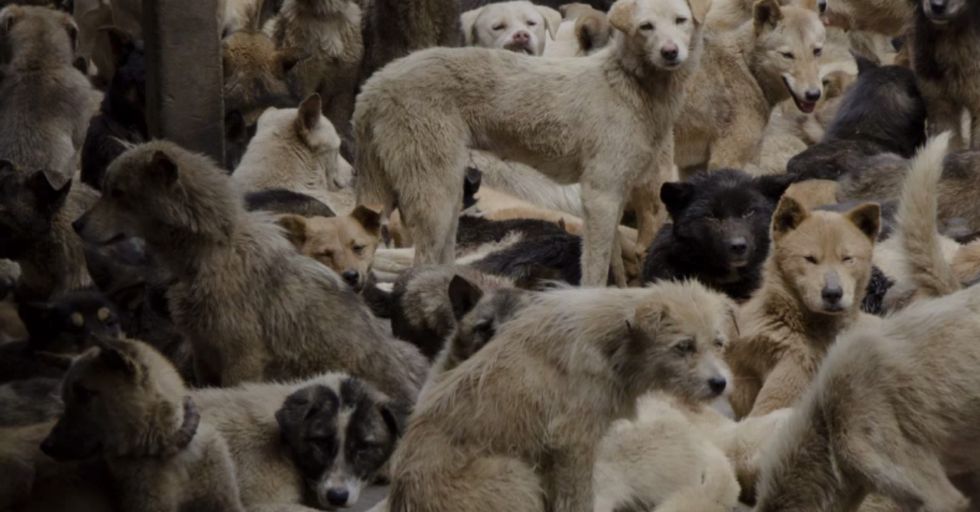 Each year, over 10,000 dogs are killed and eaten as part of a summer solstice festival in Yulin, China. In preparation for the festival, dogs and cats are rounded up from the streets, and even some family pets are stolen from people’s homes. Once captured, they’re housed in cramped, unhealthy enclosures until it is time for them to be killed.

In recent years, there has been a groundswell in China to end the yearly event, and protests from the West are growing louder. Recently, over 200,000 people signed a petition to end the event through Change.org and over 250,000 tweets have been posted with the hashtag #StopYulin2015.

To spread awareness in the West about the upcoming 2015 Yulin festival, Duo Duo Animal Welfare Project has launched a social media campaign featuring the video below.

To spread awareness of the issue on Twitter, use hashtag #StopYulin2015