Rajang is one sweet orangutan. 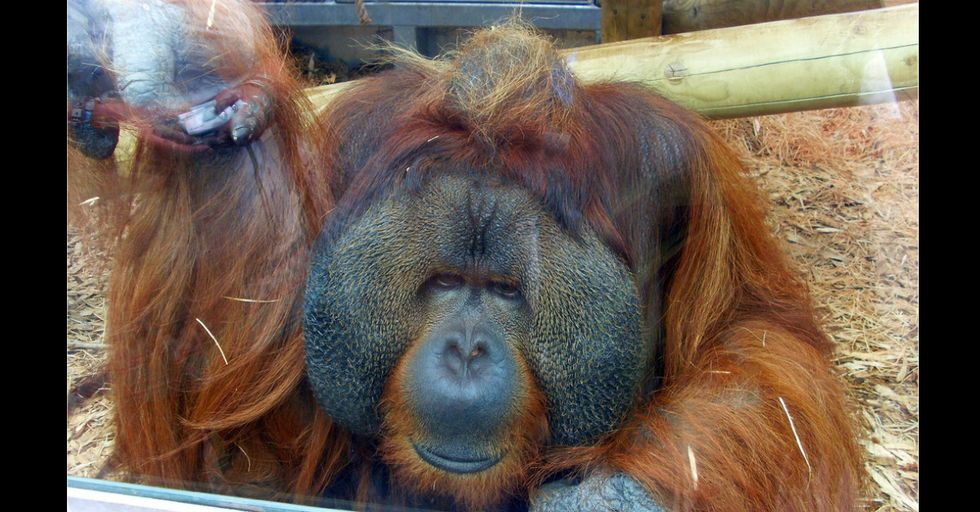 When pregnant woman Maisie Knight went on a recent trip to the Colchester Zoo in England, she got a little more than she expected at the orangutan exhibit. Rajang, a 47-year-old orangutan, decided to show some affection and kissed her belly when she pressed up against the glass enclosure.

Knight’s partner, Jamie Clarke, tried to elicit a similar response when he pressed his own belly up to the glass, but Rajang wanted nothing to do with him. Clearly his affection was only for Knight and the baby growing inside her.