Five quick-thinking teens just saved a little boy dangling from a ski lift in the most incredible way.

They only had seconds to react. 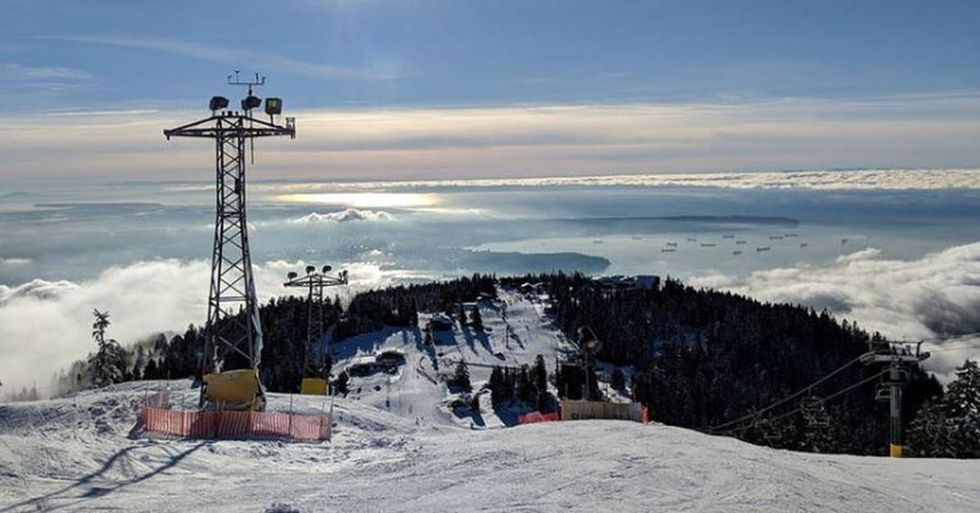 Five quick-thinking boys in Vancouver, Canada are being hailed as heroes after saving an eight-year-old boy in life-threatening danger.

The boy was sitting on a ski lift on Grouse Mountain with his father and three-year-old sister when he slipped beneath the safety bar and was dangling twenty feet above the snowy ground. The boy’s father frantically tried to hold onto his arms while, at the same time, making sure his daughter was safe.

All the while, the ski lift was climbing higher and higher up the mountain with no signs of stopping.

Five boys on the ground saw what was happening and quickly moved into action. “People were there but they were just standing looking at the kid, not knowing what to do,” one of the rescuers, 12-year-old Joshua Ravensbergen, told the Vancouver Sun.

One of the boys pointed to a large piece of orange netting that was used as fencing. They picked up the netting and ran beneath the dangling boy.

The fearless boy kicked off his skis, bravely let go of his father, and let himself drop.

The boy landed safely but was taken to the hospital after the fall as a precaution. The five teenage boys received season passes to the mountain for their heroics.