Here’s how to hitch a ride with a (free!) Amsterdam tour guide. 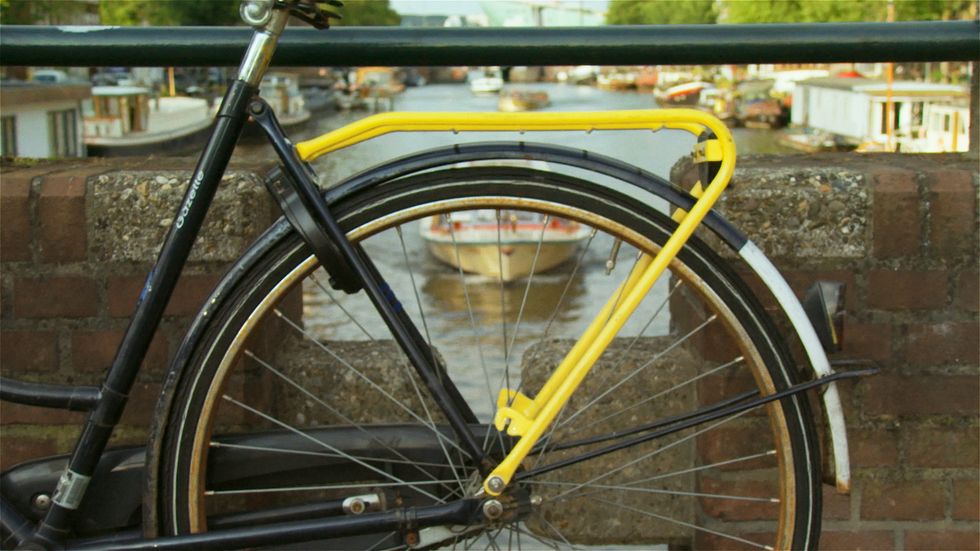 Amsterdam has a few distinctive features that can prove intimidating to visitors: tall and attractive locals, a particularly progressive view of cannabis, a legal red light district, and, of course, an enthusiastic bike culture. An estimated 63 percent of Amsterdammers use their bicycles every day.

Now there’s a speedy (and free!) way for tourists to gain entrée into at least two of those elements that make Amsterdam special. The bike rental company Yellow Bike is rolling out its “Yellow Backie” initiative, which takes advantage of the time-honored Dutch tradition of hitching a ride on a friend’s bicycle luggage rack and transforms it into an unofficial ambassadorship program.

The program works like this: Starting August 13th, 40 Amsterdam locals and volunteers will swap their luggage racks for new, free, yellow ones. If a tourist sees a bicycle sporting one of the distinctive racks on the street, they’re invited to yell, loudly and enthusiastically, “Backie!”

Where will the unofficial tour rides take their visiting passengers? That’s up to the Dutch bikes themselves. “We discovered the new generation of tourists doesn’t really want to feel like a tourist,” says Hanny Kooij, the CEO of Yellow Bike. “They wish to be part of the city and blend in like a local. The only way to really do this is to be guided by someone who knows the city by heart.”

The company says it plans to have at least 200 Yellow Backie ambassadors on the road by the end of 2015. Climb aboard, vrienden—the future of Dutch hitchhiking looks pretty bright.