The 3 Truths About Trumpism

Making sense of the senseless 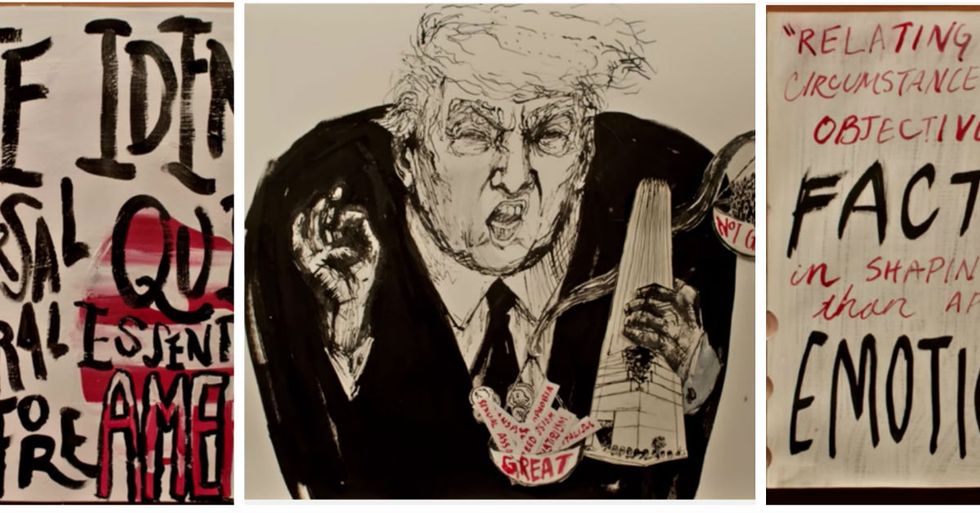 Many of us are still trying to sort out the 2016 election. Everyone has a theory of why Donald Trump is now President Trump: the economy, racism, sexism, voter fraud, the Russians, you name it.

A new video breaks down three important factors for understanding “Trumpism,” including why he won, or more accurately, didn’t win.

ONE: It’s Not The Economy, Stupid

The American economy is far from perfect but it’s a heck of a lot better than it was when President Obama first inherited the cratered out marketplace that President Bush left behind. So, it’s a little strange to see Trump supporters framing his victory as one for those who struggled under Obama’s economic policies. But as narrator, and UCLA professor Ananya Roy explains, “It is not the worker who determined this election but rather the white voter.”

TWO: Unity Is Not What We Need

After past divisive elections in our nation’s history, there has always been a consensus to forge unity. The thinking goes that our country does best when our president is successful, even if we disagree with his politics. That unity is usually forged by the new president himself, who offers an olive branch to the other party, voters and the world at large. President Trump has largely avoided any of these gestures and Roy says it’s a sentiment that should be returned in full by those opposed to his presidency:

THREE: This Type of Great Is Not What You Want To Be

This one is pretty straightforward. Trump loves talking about greatness so much, he literally made it his campaign slogan. But the things he finds great, most prominently himself, are anything but.

“His vision of a ‘great’ America is one of walls and borders,” Roy says. “His great America rejects all global responsibilities, from immigration to climate change.”