He’s strangely obsessed with this one. 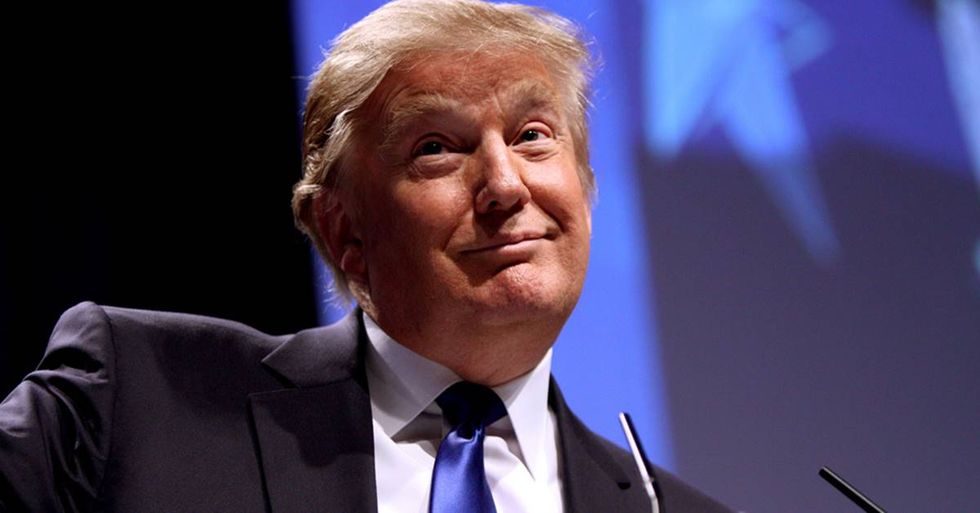 Recently, numerous news reports have surfaced questioning Republican Party presidential nominee Donald Trump’s sanity. Notably, The Washington Post’s Eugene Robinson blunty asked, “Is Donald Trump just plain crazy?” “During the primary season...I thought he was being crazy like a fox,” Robinson wrote. “Now I am increasingly convinced that he’s just plain crazy.” If Trump was just a reality TV star, his alleged tenuous grip on reality would earn him a few bizarre headlines on the E! News. But as a candidate for the presidency, his mental state could lead to dire consequences for the planet.

Today, on MSNBC’s Morning Joe, ex-CIA director Michael Hayden said he was concerned about a Trump presidency because of the candidate’s erratic behavior. “He’s inconsistent. And when you’re the head of a global superpower inconsistency, unpredictability, those are dangerous things. They frighten your friends and they tempt your enemies. And so, I would be very concerned.” But a revelation by the show’s host, Joe Scarborough, is just plain terrifying. “Several months ago, a foreign policy expert on the international level went to advise Donald Trump. And three times he asked about the use of nuclear weapons,” Joe Scarborough said. “Three times [Trump] asked at one point if we had them why can’t we use them.”

Scarborough’s revelation was met with a grave silence from Morning Joe’s co-host, Mika Brzezinski, and the rest of the panel. Scarborough then asked Hayden the time frame between the president’s decision to deploy a nuclear weapon and its launch. “It’s scenario dependent,” Hayden said. “But the system is designed for speed and decisiveness. It’s not designed to debate the decision.”