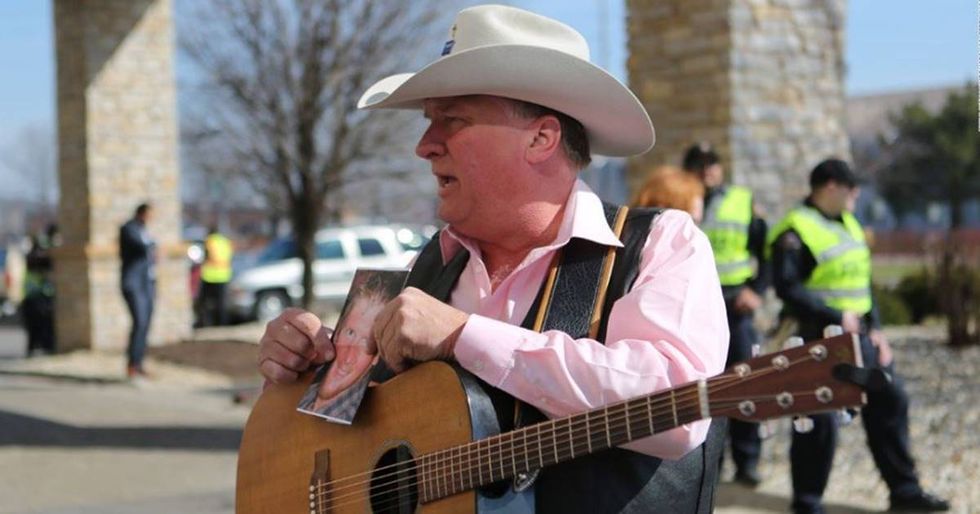 It only took two months in office for Donald Trump to lose his most ardent supporter. During the 2016 campaign, amateur musician Kraig Moss stopped paying his mortgage and sold the equipment for his construction business to follow Donald Trump’s campaign to 45 rallies. But after learning about Trump’s health care plan, the American Health Care Act, Moss—aka “The Trump Troubadour”—has stepped off the Trump train.

Moss became a Trump supporter because of the then-candidate’s promise to help people addicted to opioids. On the campaign trail, Trump vowed to pass policies that help people struggling with addiction get help, saying, “I would dramatically expand access to treatment slots and end Medicaid policies that obstruct inpatient treatment.” The addiction issue hit close to home with Moss. Three years ago, he lost his 24-year-old son to heroin.

Trump’s health care plan will make it harder for people struggling with addiction to get help. The AHCA could result in dramatic cuts in addiction treatment services. It will also end the Obamacare requirement that addiction services and mental health treatment be covered under Medicaid in the 31 states that expanded the health care program. “The bill is an absolute betrayal of what Trump represented on the campaign trail,” he said. “I feel betrayed.” So, for now, Moss has hung up his acoustic guitar and has no plans to sing for Trump in the future. “I did a lot to promote his candidacy,” he said. “Now, I wish I had never sold my equipment.”