‘As a lifelong salesman, he has a huckster’s knack for selling a feeling.’ 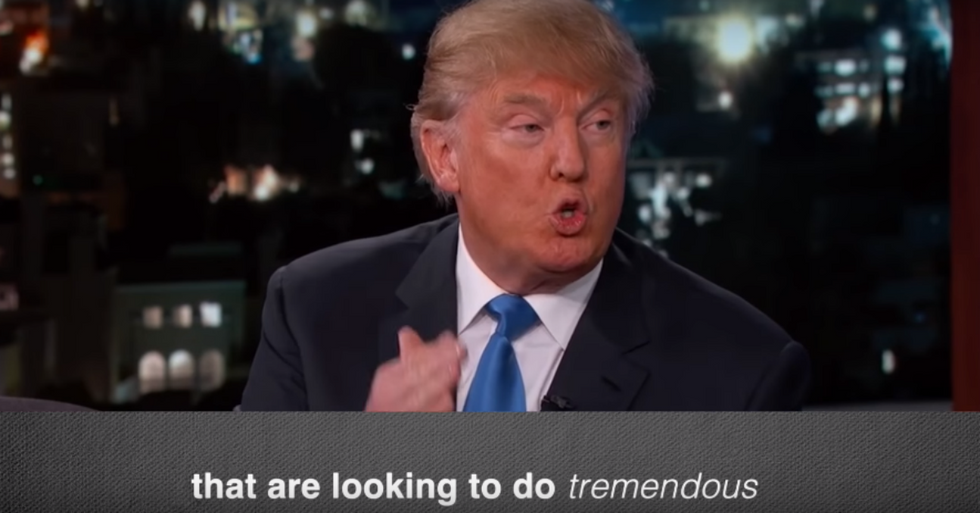 One reason for Republican presidential candidate Donald Trump’s recent success on the campaign trail is that he uses language differently than any other politician. Patterns have begun to emerge in his communication style that reveal how he manipulates language to make his outrageous and dangerous statements sound popular and reasonable to his supporters. A new video by the Nerdwriter breaks down his communication style to reveal specific techniques he uses to convey his ideas and how they differ from those of other politicians.

“[Trump’s] opponents and the political class, in general, seem hyper-aware that their words will be picked apart and used against them,” the video says. “Trump willfully disregards this fact. As a lifelong salesman, he has a huckster’s knack for selling a feeling. Even if the ideas and facts that underscore it are spurious, racist, or just plain incomprehensible.” The video also explains that Trump is popular with some constituents because he uses simple language and speaks at a fourth-grade reading comprehension level.