Guy’s viral analogy nails exactly why Brett Kavanaugh is so triggering to women. 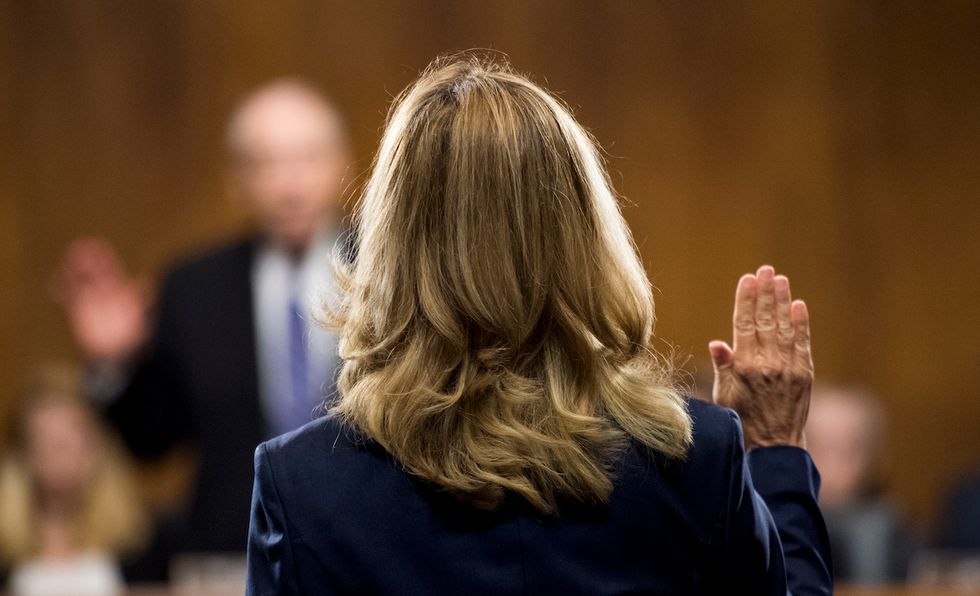 In many cases, the best way to bridge a gap between perspectives is through a concisely worded analogy. While there are plenty of empathetic men, and many male survivors of sexual assault, there is still an overtly gendered gap between how this week's confirmation of Brett Kavanaugh has affected women and men.

Even if you're on the same side politically, the visceral way Christine Blasey-Ford's personal testimony of sexual assault triggered female survivors across the country is very different than how it affected men who haven't experienced assault.

So, in a clever analogical effort to bridge the emotional gap of our current political hellscape, the writer A.R. Moxon wrote a thread that perfectly explained to other men how women feel about Kavanaugh.

He effectively reframed women's experiences with assault and sexual violence through the analogical lense of getting kicked in the nuts, which may sound silly upon first reading, but actually works as a strong parallel to women's experiences.

One of the strengths of this particular analogy is how deep it goes into the structure of rape culture. How everything from advertising to messages in church enforce the pattern of victim-blaming and shame.

The analogy also shines light on how deeply misguided and emotionally dense it is to be worried about “false accusations” amidst the rancid existence of rape culture. How, if the tables were turned, this concern would feel like such an obvious affront to men’s humanity.

He doubled down on the analogy when he brought in the issue of forced birth, and how limiting birth control and safe abortion options feed into the brutality of rape culture.

He ended the thread by pointing out how depressing it is that men, or anyone really, need analogies to understand why the past few weeks have been so triggering to women.

The thread sparked a lot of impassioned responses from both men and women echoing the trueness of the sentiment.

Hopefully, this in-depth explanation of rape culture will help a few more people understand why this is all so painful and terrifying.