“Be an advocate for this beautiful soul who has eaten at your kitchen table.” 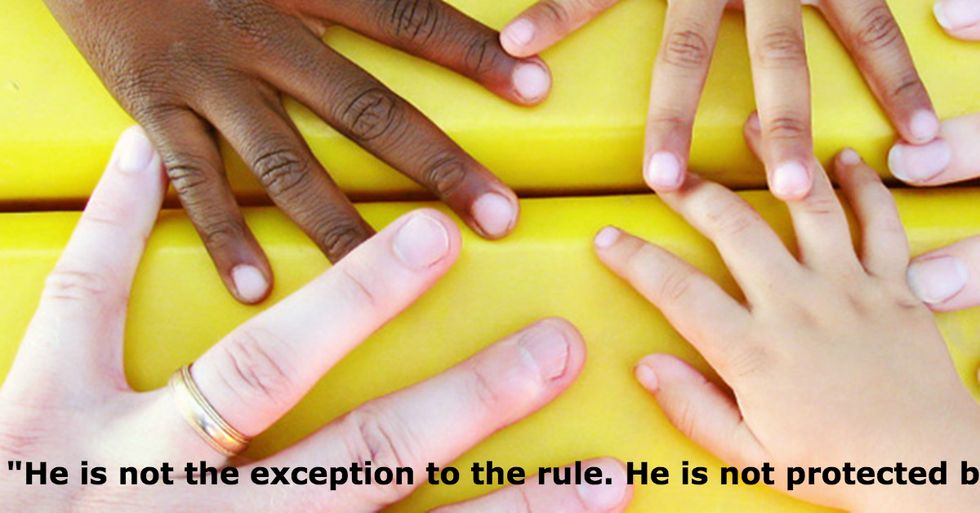 Maralee Bradley is the mother of six children, one of whom is a 9-year-old African-American boy, Josh, whom she adopted from Liberia. Bradley, who’s white, was hit hard after the grand jury decided not to indict the white police officer who shot and killed 12-year-old Tamir Rice, a black boy, in Cleveland. That night, she couldn’t sleep because her head was swimming with questions about what the decision meant for her child. She also wondered how to tell the other adults in her child’s life about the responsibility they have to understand the parallel world in which Josh lives. “What do I need those parents to be aware of?” she wondered. “What might feel unsafe to me that they might not know about?” There needed to be a new level of awareness for everyone involved with her child.

Bradley was also haunted by the fact “that I didn’t know or understand these issues before they touched my family.” She was also afraid of facing a backlash for presenting the issue to other parents. “I’ve been concerned that you won’t believe me and then I’ll feel more angry than if I hadn’t said anything,” she wrote. But she courageously put it all down on her blog in an open letter entitled “To the White Parents of My Black Son’s Friends.” The post is both a touching testament of a mother’s love and a sad indictment of a society in which an “adorable black boy” is forced to navigate dangerous obstacles of prejudice en route to becoming a “strong black man.”

Be an advocate for this beautiful soul who has eaten at your kitchen table, sat next to your son at church, been at your child’s birthday party. He is not the exception to the rule. He is not protected by my white privilege for the rest of his life. He is not inherently different from any other little black boy and ALL their lives have value and worth and were created by God. I have hope that when white parents start talking about these issues with our white kids, maybe that’s where change starts.