The Brilliant Reason Men In Wyoming Are Wearing Tutus

They’re trolling for a great cause 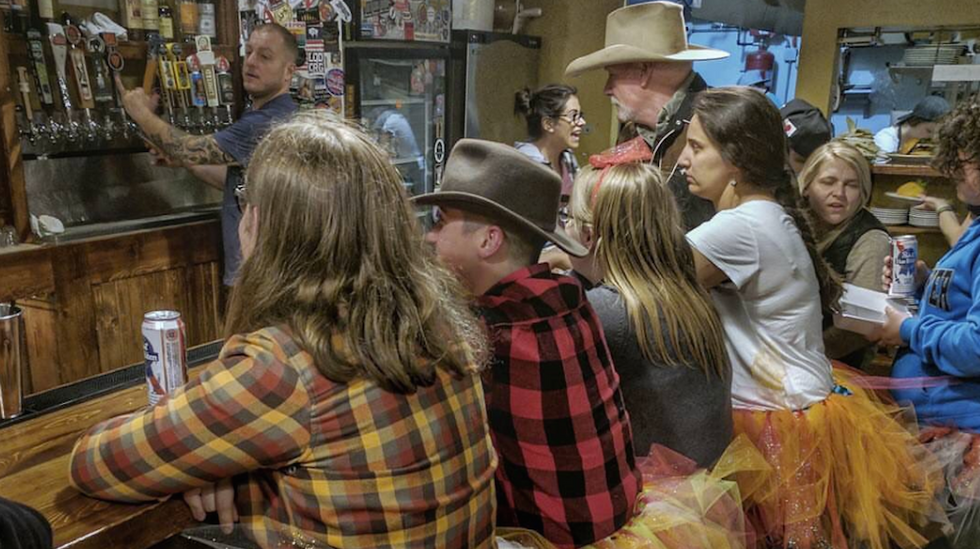 On April 25, Wyoming Senator Mike Enzi paid a visit to Greybull High School and Middle School. When asked how he plans to protect the state’s LGBTQ community, the Republican senator opened his mouth and inserted his foot, telling a bunch of high school kids, “We always say that in Wyoming you can be just about anything you want to be, as long as you don’t push it in somebody’s face. I know a guy who wears a tutu and goes to bars on Friday night and is always surprised that he gets in fights. Well, he kind of asks for it.”

As you can imagine, this blatantly homophobic admission did not go over well with local residents. In reaction to Enzi’s queer shaming, locals donned their best tutus to bars, restaurants, and public establishments in the area, reports HuffPost. Once they were back home, they shared photos of their impromptu fashion show on social media under the hashtag #LiveAndLetTutu.

Enzi quickly made a weak attempt to apologize, saying in a statement emailed to CNN, “I regret a poor choice of words during part of my presentation.” But appalled residents weren’t about to let him off easy. Laramie, Wyoming, resident Patrick Harrington, who came up with the idea to wear tutus unabashedly, told Wyoming Public Media, “Our hope with the state-wide [efforts] is that even in small communities we’ll get a handful of people to share a photo of themselves in the bar wearing a tutu, so we can show Senator Enzi that he really is representing a large group of people and a really diverse group of people in Wyoming.”

As evidenced by last weekend’s outpouring of support for the LGBTQ community, Wyoming is a lot more accepting than Senator Enzi would like to think.