A culture shift in China has the country targeting American teachers. 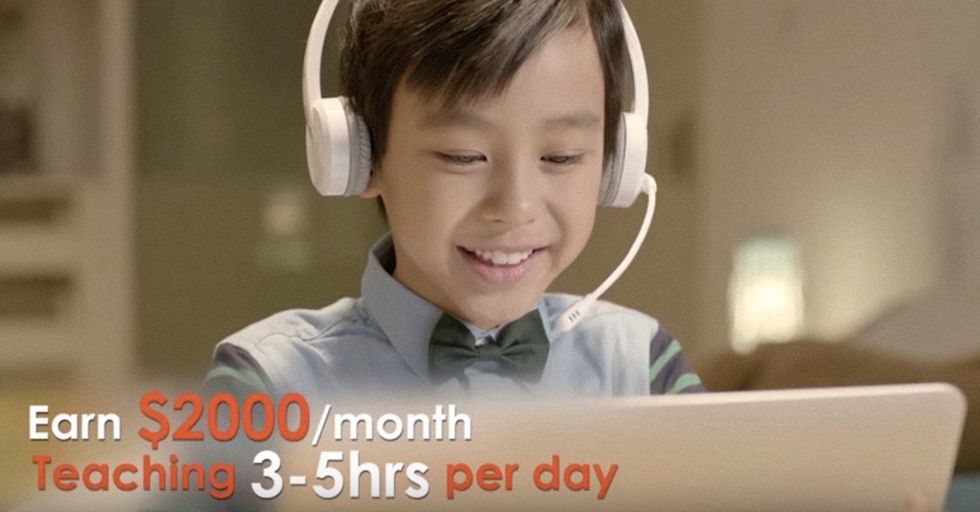 As China continues to rise as an economic power, citizens are taking stock of the new skill sets their children will require. Despite the surplus of human capital domestically, the wealthiest parents are looking to educate their children using American teachers, which could serve as an even heavier strain on understaffed schools as more candidates look abroad for opportunities.

Many Chinese start-ups seek to address the change in education methods driven by the country’s cultural evolution and, in doing so, are pointing their funds toward recruiting American and Canadian teachers who offer not only native fluency in English but a more relaxed and fluid learning environment that has traditionally been forsaken by Chinese educators.

Opportunities such as the one below may not offer teachers a living wage, but web lessons in the aggregate might not only exceed an American teacher’s salary, especially in public schools, but offer both less time commitment and more flexibility as well.

Consultancy group iResearch reports that online language lessons in China were a $4.5 billion business last year, and that number is expected to grow in the near future as the trend legitimizes and start-up services become even more prevalent.

It’s also been reported that Chinese parents spend seven times as much as American ones do on private tutoring, suggesting that the current teacher shortage in America could reach epidemic levels if the trends abroad continue their current trajectories. That supposition also doesn’t account for the desire of many Chinese education start-ups to become not just domestic operations, but global ones, increasing the demand for English-speaking teachers even more.

Salvation from this looming issue could arise from the fact that while Chinese online education companies are willing to pay for American teachers, their standards for employment and qualifications sought are often far lower than those in the United States, meaning that a less-qualified pool of candidates — teachers in a somewhat lesser sense — could emerge, mitigating the damage done to the U.S. supply of more qualified educators.

However, if the opportunities continue to become more lucrative, even overqualified teachers could make the transition to focusing their talents abroad, leaving American schools scrambling to find bodies for classrooms wherever they may find them.