This Black Lives Matter Founder Still Has Hope For America

But after Charlottesville, there are no more excuses for not getting involved. 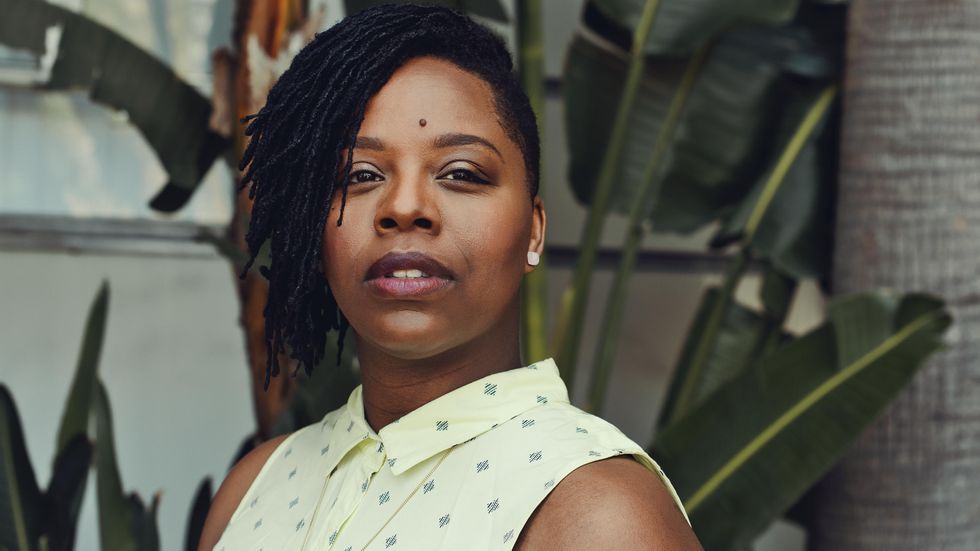 Nearly two weeks have passed since white supremacists marched in Charlottesville, Virginia, killing 32-year-old Heather Heyer and injuring 19 others. And for some Americans, if President Donald Trump could just get his apology right — or if social justice activists would stop stirring things up — then things could get back to normal. Never mind that in America, “normal” day-to-day racism means people of color are denied job interviews because they have ethnic-sounding names, their children are funneled into the school-to-prison pipeline, and they’re stopped and frisked by law enforcement.

That horrific weekend of violence and hate in Charlottesville has also catalyzed a nationwide drive to remove monuments to the Confederacy and spurred thousands of people to protest in Boston and elsewhere against white supremacy. What’s happening in the country calls to mind the tagline of Black Lives Matter: “This is Not a Moment, but a Movement.”

That so many Americans are clamoring for racial and social justice makes Patrisse Cullors, one of the founders of Black Lives Matter, feel hopeful. “Even with white nationalism rising up, I’m a part of a growing movement that just keeps getting bigger by the day, where people are saying, ‘We don’t agree with this. This is not of our values. These are not American values,’” Cullors says.

Cullors, who lives in Los Angeles, co-founded Black Lives Matter in 2013 with fellow activists Alicia Garza and Opal Tometi after the acquittal of George Zimmerman in the 2012 killing of Trayvon Martin. Together they’ve grown the organization into a network of roughly 40 chapters across the United States and internationally. “All three of us are trained organizers,” Cullors says. “We didn’t come into creating Black Lives Matter as novices.”

A common misconception is that Black Lives Matter is only a trendy hashtag or that it only fights police brutality or vigilante violence against black people. “But we’re a group that’s looking at the totality of anti-black racism and its effects on communities of color,” Cullors says.

Countering white vigilantism and white terrorism is of particular concern.

“As we’ve seen in Charlottesville and the counter protests in Boston, Black Lives Matter is trying to redefine how this country talks about safety and who’s actually safe,” Cullors says. Similar to how the full name of the 1963 March on Washington is the “March on Washington for Jobs and Freedom” and how Martin Luther King Jr. advocated for striking sanitation workers group in Memphis the day before he was assassinated in 1968, Black Lives Matter is giving a signal boost to grassroots efforts tied to economic prosperity and justice.

For that work, Cullors and other members of Black Lives Matter have been been demonized as the black equivalent of white supremacists. Last week Dan Bishop, a Republican state senator for North Carolina tweeted that Nazis and Black Lives Matter are “both violent, racist movements.”

But white supremacists, not Black Lives Matter, are the focus of a statement released Wednesday by the United Nations Committee on the Elimination of Racial Discrimination.

“There should be no place in the world for racist white supremacist ideas or any similar ideologies that reject the core human rights principles of human dignity and equality,” the committee said.

And the committee demanded action, too: “We call on the US Government to investigate thoroughly the phenomenon of racial discrimination targeting, in particular, people of African descent, ethnic or ethno-religious minorities, and migrants,” said chairperson Anastasia Crickley.

That kind of investigation seems unlikely under the Trump administration and Attorney General Jeff Sessions, who Coretta Scott King called out in a 1986 letter for using “the awesome powers of his office in a shabby attempt to intimidate and frighten elderly black voters.” But Cullors says there’s still plenty that the average American can do in their local communities.

[quote position="full" is_quote="true"]Say that you’re not going to uphold this racist system anymore.[/quote]

“One, having conversations with other white people. Interrupting the jokes, the racist jokes, the homophobic and transphobic jokes,” Cullors says. “I think it’s believing when people of color say that the system is set up to destroy us. I think it’s getting involved ... in the activism and saying that you’re not going to uphold this racist system anymore and committing themselves to an alternative to the life you were given, which is privilege.”

Part of getting involved might also mean joining Black Lives Matter. Cullors says people can look on the website and see if there’s a chapter in their city; it’s always being updated with new ones. She also suggests reaching out through the group’s social media channels. Together, Cullors says, we can build a new system based in justice and equality.

Right now, “We live in a system with old values. We saw that in Charlottesville, we saw it in Boston, where there are these values where white people are superior to everybody else,” Cullors says. “So this is an opportunity to create something new.”