How America’s Love Of Cheap, Fatty Chicken Led To ‘Superbugs’ — And Way Too Many Boring Meals 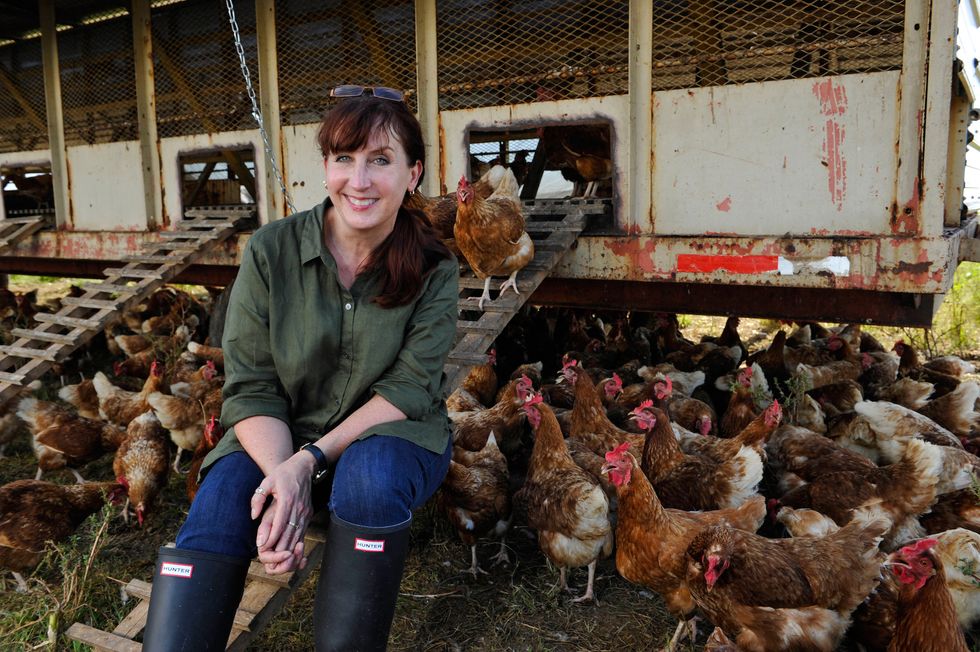 Americans love their chicken, and last year, they each ate a record-breaking 91 pounds of it, whether in the form of Chicken McNuggets, chicken salad, Kentucky Fried Chicken, or chicken soup (for the soul, anybody?). But as Maryn McKenna lays out in her new book “Big Chicken: The Incredible Story of How Antibiotics Created Modern Agriculture and Changed the Way the World Eats,” the secret story of chicken’s success may have more to do with antibiotics than white meat. These days, as McKenna points out, birds are produced much like factory cars — and in low doses, added to feed or water, antibiotics fatten up chickens and protect them from infections due to overcrowding.

Today, a chicken’s weight at slaughter is twice what it was 70 years ago, and it’s achieved in half the time. To help them get there, chickens — along with other animals in the U.S. — consume 34 million pounds of antimicrobials per year including antibiotics, very little of it to cure actual infections. (For comparison, in 2011, about 8 million pounds of antibiotics were sold to humans.) As much as 80% of the antibiotics sold in the U.S. are given to animals; all those drugs weigh in at more than 63,000 tons per year, according to a 2010 paper.

The catch for all that cheap, fatty chicken? According to McKenna, author of two acclaimed books on outbreaks, “Superbug” and “Beating Back The Devil,” it’s “suberbugs” — or antibiotic resistance. Every year, 700,000 people die worldwide from drug-resistant infections, a number that could go up to 10 million in the next few decades.

But there is hope, says McKenna, who spoke with GOOD about the ways in which chickens and humans live in a shared microbial world and what consumers can do about it.

Your new book starts with an incredibly mouthwatering description of eating Parisian chicken — you describe the roasted skin shattering like mica and the succulent, springy flesh underneath, suffused with flavor. And the book ends with a trip to a Brooklyn eatery for equally tasty chicken from an upstate farm. You clearly love a good chicken.

I started and ended the book that way because I did not want my reader to think I have a secret agenda to stop people from eating meat. I have a great deal of respect for vegans, but I am not vegan. And I wanted to make the point that although we have made chicken very inexpensive, reliable, and predictable, we have sacrificed flavor. People say, as a joke, “It tastes like chicken” — meaning it doesn’t taste like much at all. I wanted to remind people that meat can be utterly delicious. And when we pursue better raising practices we allow flavor to come back into the portfolio of qualities we value about meat.

You state that antibiotics essentially created modern meat. I was astounded by some of the figures in your book — such as that about 80% of antibiotics go to agriculture. I did not realize how direct a line can be drawn from antibiotics in agriculture to the scourge of antibiotic resistance we are grappling with today.

I’m having an interesting experience talking to people about this because, like you, many don’t know this. I will tell people we use four times as many antibiotics in animals as people, and they will be shocked. And in most cases, no infection is present. Around 95% of antibiotics used for animals is to increase weight by interfering with the mix of bacteria in their gut or to protect them from infections because they are crammed into barns and feedlots. We unintentionally encourage antibiotic resistance, and that wraps back to humans, since for the most part, the antibiotics we use in agriculture are the exact same ones we use in human medicine.

[quote position="right" is_quote="true"]People say, as a joke, ‘It tastes like chicken’ — meaning it doesn’t taste like much at all.[/quote]

And one of the benefits of modern molecular laboratory tools is that we are now able to track the chain of evidence back from a sick person to where the illness originated. That’s really important because food companies are so consolidated and distribution networks are so wide that an antibiotic-resistant infection arising from meat can be very separated in distance and time from the original farm that caused that illness. Through a combination of epidemiological detective work and genomic laboratory work, we can now see how an antibiotic used in meat can cause outbreaks of a foodborne illness that affects thousands of people over dozens of states. And these resistant bacteria don’t just localize to our gut. They can disperse to other body systems and cause urinary tract or kidney infections and deadly cases of sepsis. All this can be traced back to antibiotic use on farms.

Your book covers all this in exquisite detail and is quite scary, but it is also inspiring because the landscape seems to be changing. Tell us a bit about your personal heroes, the people who are changing chicken production.

I got to meet some really interesting people. One is a wonderful man named Frank R. Reese Jr., owner of Good Shepherd Poultry Ranch in Kansas. He is like a seed saver of chicken. He has devoted his life and limited income to saving the breeds rejected by modern chicken production; he believes they contain within their genetics qualities the industrial chicken world will need one day. That includes tolerance to heat and cold, ability to exercise and reproduce. Then there is Will Harris, owner of White Oak Pastures, who turned his back on modern mechanized farming supported by antibiotics and hormones. He built a successful 3,000-acre multispecies, rotationally grazing, fully organic, antibiotic-free farm. His daughter is going to run the farm when he retires. I’ve been there, and it’s exactly the picture we romanticize in our heads: beautiful green pastures, red chickens, and black and white cattle.

[quote position="full" is_quote="true"]One of the benefits of modern molecular laboratory tools is that we are now able to track the chain of evidence back from a sick person to where the illness originated. [/quote]

There are also people we tend not to think of as heroes, but they are. Scott Sechler is the owner of Bell and Evans, and he sells his organic, antibiotic-free chicken to Wholefoods and Wegmans. He’s a pioneer who searches out essential oils and herbs from all over the globe to give to his chickens instead of antibiotics. And then there is Jim Perdue. He deserves an immense amount of credit. He’s the third generation of a family-owned business. Three years ago, he stood up at a press conference and said Perdue Farms was going antibiotic-free. He enraged the rest of the industry. He was the first over the foxhole, and with amazing speed, most of the other major poultry producers followed.

Can they impact the rest of the world, including the global south you refer to in the book? As you point out, emerging economies want to participate in the industrialization of meat.

By their example and influence, American companies can present a model that the beef and pork industry and the rest of the world can follow. But I also think it depends where you are. China has a very centralized government and is very strict in telling its livestock centers to reduce antibiotic use. India is much more decentralized, and they are one of the largest antibiotics-in-agriculture users on the planet. It is an open question as to whether India, being so decentralized, can organize this kind of reform.

If there is one takeaway from the book you can give us — one action we can take in our own lives — what would it be?