Let’s settle this once and for all 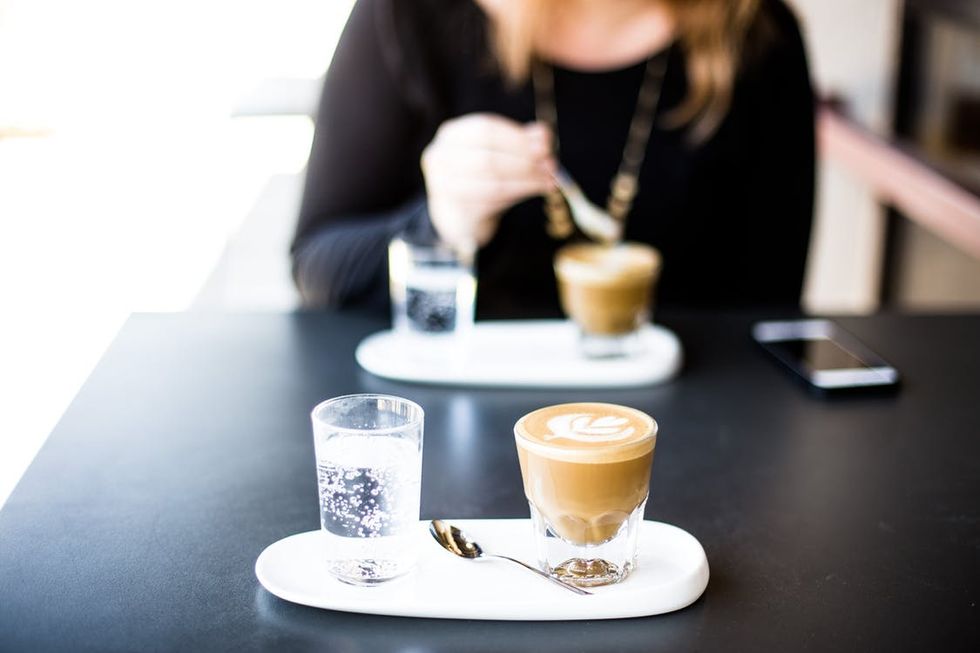 So you’re a coffee addict. Welcome to the club. According to a 2015 Gallup poll, 64 percent of Americans drink at least one cup of coffee a day, with 11 percent of those polled admitting to drinking four or more cups a day. Despite the contradictory flood of information concerning coffee—it’s the devil’s drink one moment and a natural elixir the next—Americans have barely changed their coffee drinking habits in the past 20 years.

The consensus seems to be that moderation is key, but what does moderate coffee consumption look like exactly? The Food and Drug Administration and the International Food Information Council Foundation say healthy adults should drink no more than 400 milligrams of caffeine a day. That’s the equivalent of about four cups of coffee (we’re talking small, 8-ounce cups) or one Starbucks venti-sized dark roast. But according to research review specialist Esther Myers, that number has been outdated for some time. The last time a research group conducted a comprehensive review of caffeine studies was 2003, prompting Myers and her team to take a fresh look at the evidence, The Atlantic reports.

Myers and her colleagues at the International Life Sciences Institute completed a systematic, comprehensive review to finally get to the bottom of this caffeine-centric puzzle. Following strict standards set by the National Academies of Sciences, Engineering, and Medicine, Myers and her team sifted through more than 700 studies on caffeine safety, looking at different levels and their correlation with a wide range of health problems. After extensive research, Myers and her team found that, yes, 400 milligrams of caffeine is a perfectly fine daily limit for healthy adults.

However, if you’re pregnant, you’re better off maxing out at 300 milligrams of caffeine a day at most. And while 400 milligrams may be a safe threshold for most, only you can be the judge of your body’s individual response to caffeine. “There’s a great deal of interindividual variability in how people respond to caffeine,” Myers told The Atlantic. “That’s one of the research gaps. We need to better identify differences and identify people who are more sensitive.”

Ultimately, Myer’s findings highlight our lack of knowledge rather than a collective depth. As is the case in most nutritional studies, there is no one-size-fits-all recommendation, forcing us to rely on common sense and instinct to decide what’s best for our own bodies. So, if you feel jittery after that second cup, think about cutting back. Or, better yet, switch to green tea. It may not be the most exciting option (may I suggest a matcha latte?), but at least you’ll know you’re getting some health benefit.