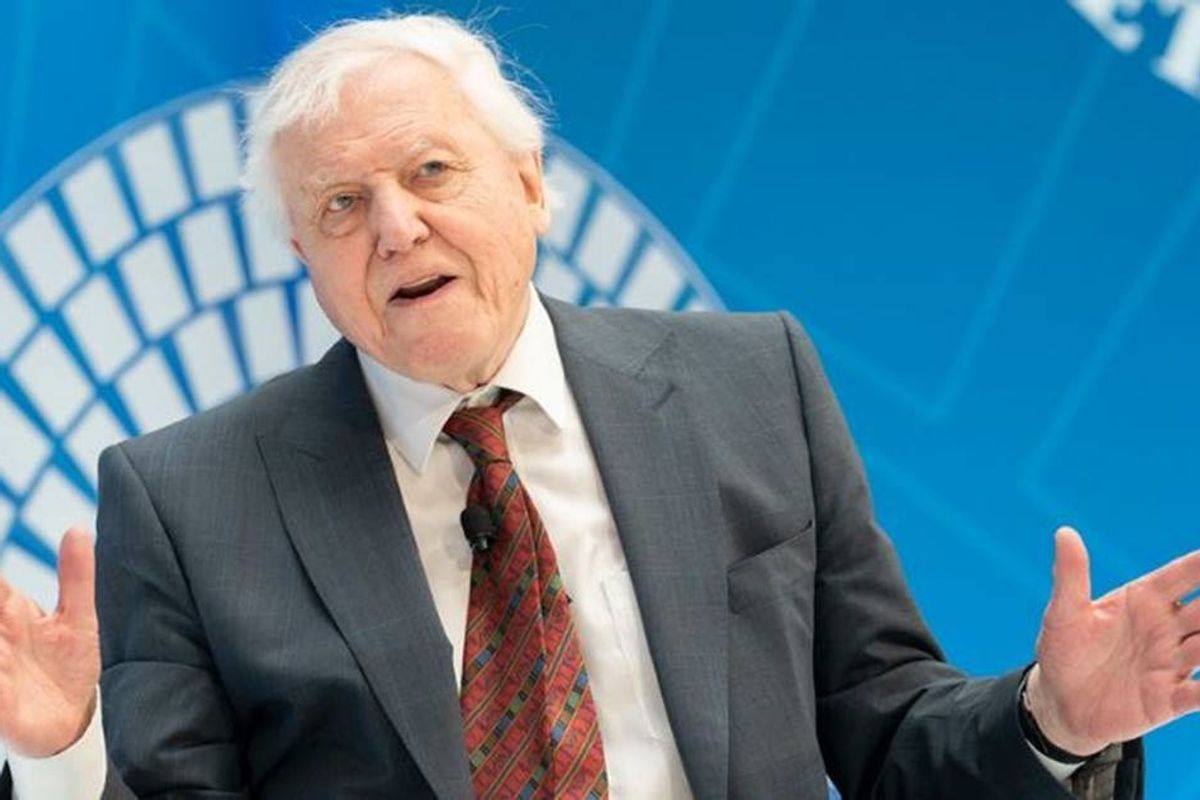 Sir David Attenborough is the undisputed father of the nature documentary. Throughout his eight-decade career, his gentle, awe-struck voice has served as humanity's guide to distant lands where nature reigns.

"At 93, he shows no signs of slowing. His new feature, A Life on Our Planet, "a first-hand account of humanity's impact on nature and a message of hope for future generations" premiered on April 16th.

"This film is my witness statement and my vision for the future – the story of how we came to make this our greatest mistake and how if we act now, we can yet put it right," Attenborough says in the film's trailer.

As the world teeters on the brink of disaster, Attenborough has hope for the future because of nature's resilience and the younger generations' embrace of the climate challenge.

"We can look to the younger generation who are actually going to do it, because they will be able to see the consequences of what they do," he said.

Attenborough is lending his unique talents to help young people during the COVID-19 pandemic. He'll be teaching lessons on mapping the world, animal behavior, and the world's oceans, as part of the BBC's new online learning program, "Bitesize Daily."

Attenborough began his career at the BBC during the advent of television. He accidentally became the host of Zoo Quest in 1954 after the original host fell ill. Zoo Quest would become the gold standard for nature programming for filming animals in the wild, but from a respectable distance.

Attenborough's greatest success would be Life on Earth, an examination of the role of evolution in nature. The series, which began filming in 1976, would reach an audience of more than 500 million people.

In one of the series' most breathtaking moments, Attenborough finds himself face-to-face with a female gorilla. Stuck in a dangerous position, Attenborough keeps his composure and delivers an incredibly thoughtful ad-lib:

So if there were ever a possibility of escaping the human condition and living imaginatively in another creature's world, it must be with the gorilla. The male is an enormously powerful creature but he only uses his strength when he is protecting his family and it is very rare that there is violence within the group. So it seems really very unfair that man should have chosen the gorilla to symbolize everything that is aggressive and violent when that is the one thing that the gorilla is not—and that we are.

Attenborough would go on to expand upon his Life series over the next three decades, and produce landmark documentaries such as The Trials of Life (1990), The Private Life of Plants (1995), and a ten-part series, The Life of Birds (1998).

In 2006, Attenborough narrated Planet Earth, the most recognized nature documentary of all time. Since then, he's focused his documentary work on highlighting the direct intersection between humankind's footprint on the planet and the toll it has taken on the natural world he has been bringing into people's homes for nearly 50 years.

A Life on our Planet is an impassioned plea from a man who's spent most of his life documenting a natural world that is becoming more imperiled by the day. "This is not only a long-term problem it is the biggest problem humanity has faced. Ever. Please examine it and please respond," he told The Independent.

From Your Site Articles
Related Articles Around the Web
environment
Trending Topics
THE DAILY GOOD
Start your day with something GOOD.
Trending Stories
Politics