Transparency: The Cities Where Sprawl Makes the Commute the Worst

What creates traffic jams isn't more cars and fewer highways, it's sprawl. See our infographic on the longest sprawl-induced commutes in America. 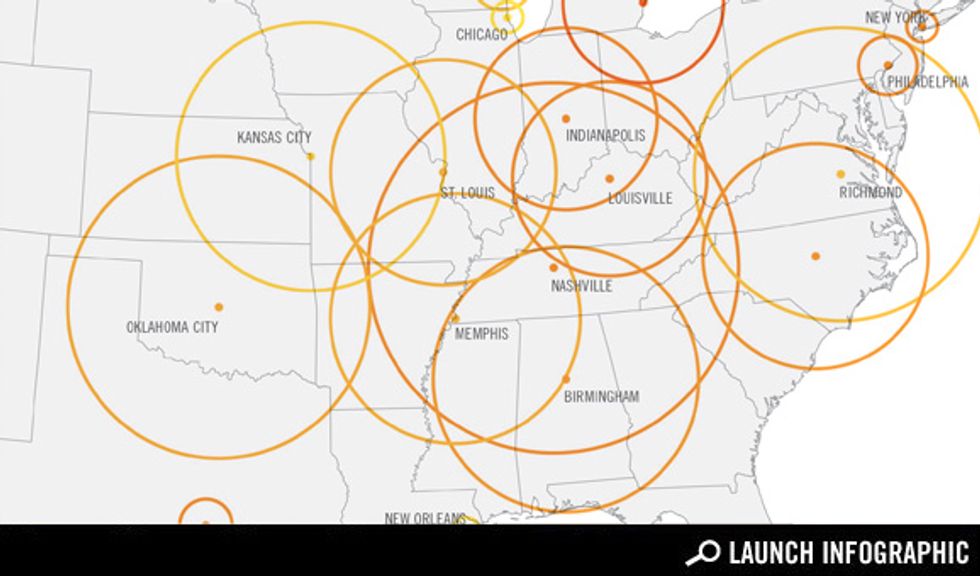 Americans spend many hours in traffic each year, slowly crawling between work and home. And while most commutes are unpleasant, some are far more congested. Why? A new study by CEOs for Cities has found that what creates traffic jams isn’t more cars and fewer highways, it’s sprawl. This is a look at the 10 metropolitan areas whose citizens spend the most and least extra time in traffic due to sprawl, out of 51 cities studied.

SOURCE: Driven Apart by Joe Cortright for CEOs for Cities.

A collaboration between GOOD and Atley G. Kasky.