'Silence can be as deadly as violence.' Jimmy Carter urges white people to fight racism 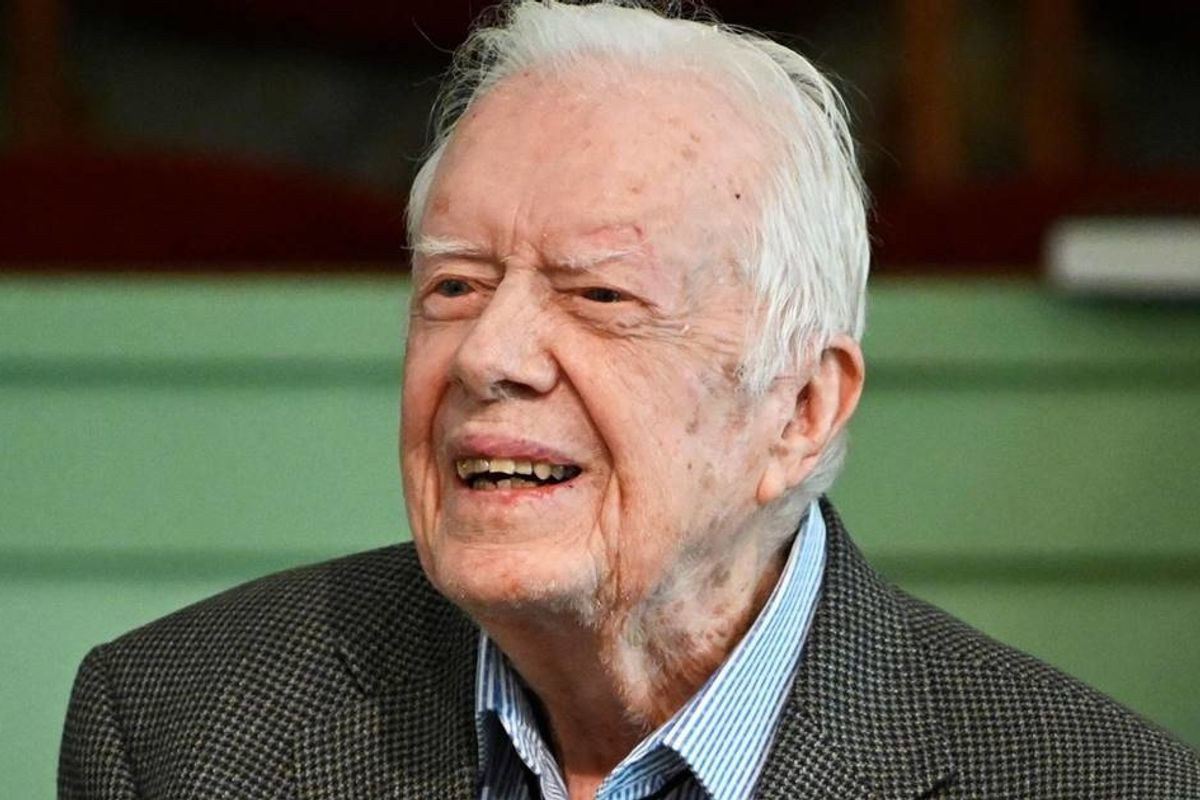 Former President Jimmy Carter and his wife, Rosalynn, have asked white people to use their privilege to stand up and join the fight against "immoral economic disparities between whites and blacks."

His call comes as the nation confronts its long history of racial division after the murder of George Floyd, a black man, by a white Minneapolis police officer.

"Rosalynn and I are pained by the tragic racial injustices and consequent backlash across our nation in recent weeks," Carter wrote in a statement. "Our hearts are with the victims' families and all who feel hopeless in the face of pervasive racial discrimination and outright cruelty."

In the statement, Carter lamented the lack of progress that's been made since he held office.

"As a white male of the South, I know all too well the impact of segregation and injustice to African Americans," he wrote.

"As a politician, I felt a responsibility to bring equity to my state and our country. In my 1971 inaugural address as Georgia's governor, I said: 'The time for racial discrimination is over,'" Carter continued.

"With great sorrow and disappointment, I repeat those words today, nearly five decades later," Carter wrote. "Dehumanizing people debases us all; humanity is beautifully and almost infinitely diverse. The bonds of our common humanity must overcome the divisiveness of our fears and prejudices."

In his statement, Carter echoes one of the most powerful themes of the George Floyd protests across the country: white people need to accept responsibility for the country's racial imbalance and do something about it.

"In this quest, we have seen that silence can be as deadly as violence," Carter wrote. "People of power, privilege, and moral conscience must stand up and say 'no more' to a racially discriminatory police and justice system, immoral economic disparities between whites and blacks, and government actions that undermine our unified democracy."

"We need a government as good as its people, and we are better than this," he concluded.

It's not surprising that Jimmy Carter would speak out on issues of race. He has been standing up for civil rights for over 70 years.

In 1954, when Carter was a peanut farmer in Plains, Georgia, a Baptist minister came to him asking to join a White Citizens' Council. The council was set up as a response to the Brown vs. Board of Education decision that desegregated schools.

The minister asked Carter to give him $5 for dues to the council. "I've got $5," Carter responded. "And I'd flush it down the toilet before I'd give it to you."

During his time as a Georgia state senator in the '60s, Carter worked to overturn laws that made it challenging for blacks to vote. As president, he named more people of color and women to the judiciary than all previous presidents combined.

In 2014, Carter was the first U.S. president to speak at the Lyndon B. Johnson Presidential Library Civil Rights Summit. At the event, he called for the country to do more in support of civil rights.

"There's still a gross disparity between black and white people on education and employment," he said. "A good amount of schools in the South are still segregated."

From Your Site Articles
Related Articles Around the Web
jimmy carter
Trending Topics
THE DAILY GOOD
Start your day with something GOOD.
Trending Stories
Featured Articles