A New Key For Helping Those With Dementia – Memories Of Baseball

Simply hearing others talk about a sport they love clearly triggers enjoyable memories. 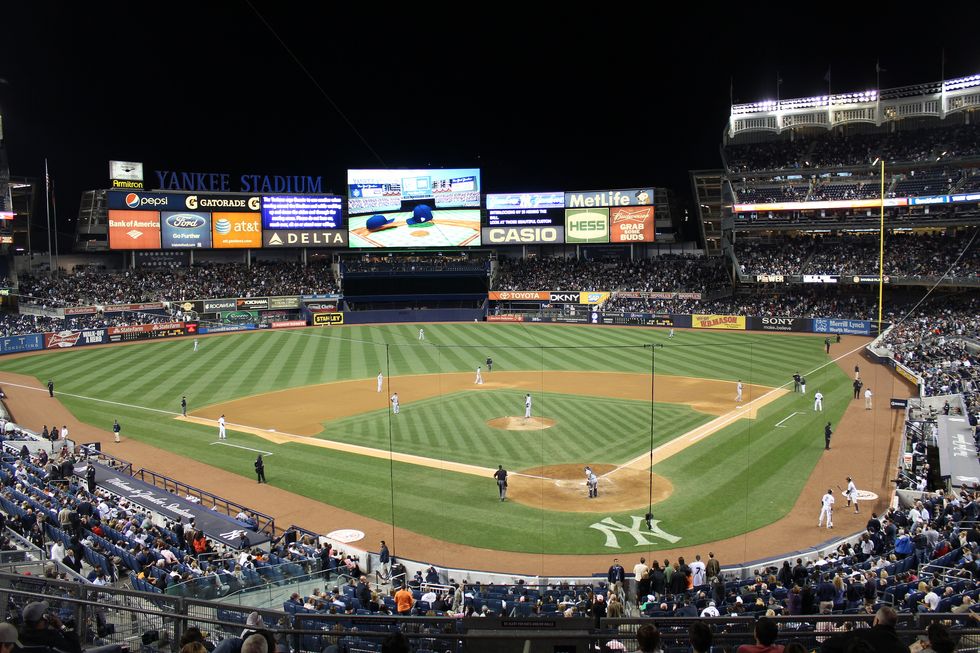 Dementia can be caused by a number of diseases, but the most common is Alzheimer’s, which affects 5.7 million people in the U.S. today.

There’s still a stigma attached to the disease, some fear that it’s contagious, while others are ashamed to admit that a friend or family member is quietly suffering. One of the most frustrating aspects of Alzheimer’s is that scientists haven’t figured out a direct cause, nor a cure.

Of course, any work toward finding a cure is incredibly important. But in the absence of one, I’ve always been struck by why, in the U.S., less attention is devoted to improving the quality of life for persons with dementia.

So a few years ago, I started to look outside of the U.S. to learn about how other countries are responding to Alzheimer’s in innovative ways. I found that sports – specifically, something called “sports reminiscence therapy” – is increasingly playing a role.

Sports reminiscence therapy falls under the umbrella of what are called “socialization programs,” in which persons with dementia gather in a group setting and participate in activities with their peers.

Most current socialization programs incorporate some form of creative expression – music, storytelling, theater, and dance – and past studies have demonstrated their effectiveness.

Because many with dementia have witnessed their usual outlets for self-expression gradually dissipate, these programs give them structured opportunities to tap into the brain’s creative network and socialize with caregivers, staff members, and peers. Art gallery viewings and drama productions were also found to be valuable activities: Those who participated were generally happier and more social.

However, because two-thirds of those who have dementia are female, many of these socialization programs have traditionally been geared towards women.

For this reason, sports reminiscence therapy is starting to gain traction as a type of socialization program that could work particularly well for men with dementia.

[quote position="full" is_quote="true"]Simply hearing others talk about a sport they love clearly triggers enjoyable memories; by tapping into a shared passion, the participants become more engaged, and it seems to improve their self-esteem.[/quote]

After some of his friends were diagnosed with dementia, soccer historian Michael White launched a program in Scotland called Football Memories in 2009. The program offers persons with dementia an opportunity to chat with other soccer fans in an informal and relaxed setting. Today, there are hundreds of volunteers and participants, in addition to offshoot programs that center on golf, rugby, cricket, and shinty.

The success of White’s program inspired a similar one across the Atlantic: baseball reminiscence therapy. The first launched in St. Louis in 2013; now, there are six across the country, including one implemented in early 2017 at the River House Adult Day Care Center in Cos Cob, Connecticut, where I’m currently conducting a study to assess its benefits.

At the River House, persons with dementia, caregivers, and volunteers all gather in a group setting every two weeks. They might talk about where they were when they learned that Bobby Thompson hit the “Shot Heard Round the World,” or relive Joe DiMaggio’s 56-game hitting streak. Sometimes they’ll watch old footage of New York Yankees, New York Mets, Brooklyn Dodgers, and New York Giants games, or listen to radio broadcasts featuring legendary broadcasters Mel Allen and Red Barber.

Simply hearing others talk about a sport they love clearly triggers enjoyable memories. By tapping into a shared passion, the participants become more engaged, and it seems to improve their self-esteem.

The activities don’t always involve watching videos or talking about the past. Sometimes they get the chance to play. Take the program from March 22, 2018. Participants showed up, sang “God Bless America” – and then learned that they would be playing Wiffle ball, (which was invented in nearby Shelton, Connecticut). They took turns reading the rules aloud from a printed handout and watched a video of people playing outdoors, before being led to a makeshift “baseball diamond” in the center’s activity room.

Staff provided bats, balls, and bases for a two-inning game. Every participant had the opportunity to hit, while volunteers served as pinch runners. Everyone took turns playing infield and outfield, and at the end of the game, the group sang “Take Me Out to the Ballgame.”

My study is still ongoing – I’m still in the process of gathering data and qualitative assessments from the caregivers.

But the laughter and smiles I witnessed during the Wiffle ball game tell me that something’s working.