It's kind of unbelievable. 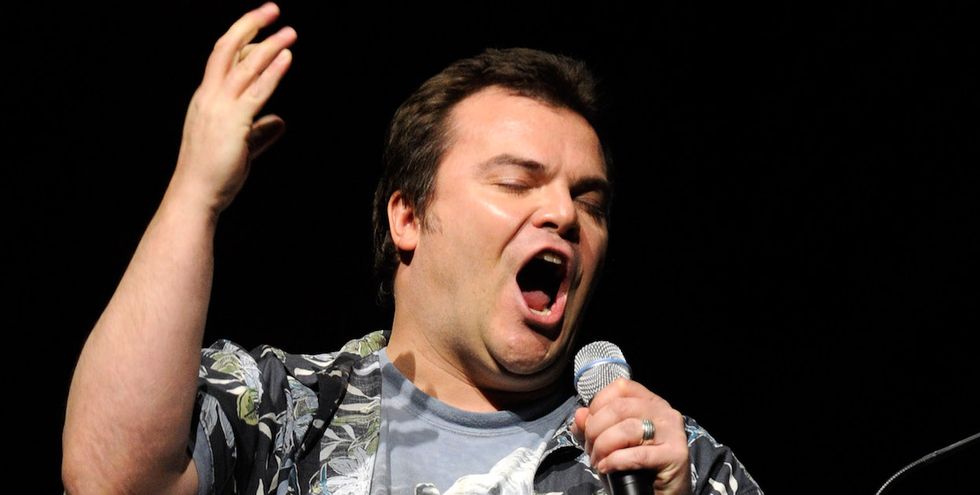 This article originally appeared on 02.28.18

Comedian Jack Black is known to many as a singer in the pseudo-serious metal project Tenacious D, but as he stood up to sing the national anthem before a Los Angeles Sparks WNBA game, many approached the performance with managed expectations. However, the “Tropic Thunder" actor quickly won over skeptics with an earnest and powerful a cappella performance that came as a shock to fans and the unfamiliar alike.

The performance has been resurrected as a counterpoint to Fergie's recent performance at the NBA All-Star Game, which was maligned for its sultry spin on the symbolic song. Despite Black's pedigree as a comedian both inside and outside the realm of music, his take on the song was devoid of irony or grandstanding. That said, Black's iconic arched eyebrows made several appearances during the performance as he conveyed the emotion and effort he put into his rendition.

By the time Black reached the closing lines of the song, it was clear from the increasing applause that he had won over his Staples Center audience.

Given vocal power and enthusiasm, especially in the back half of the song, he likely could have conducted his entire performance without that microphone or PA system. This man has no problem filling a room with his trademark voice.

But then again, fans of the actor have known that for quite some time, albeit from some very different source material.