At Latino Outdoors, passion for conservation is fostering community. 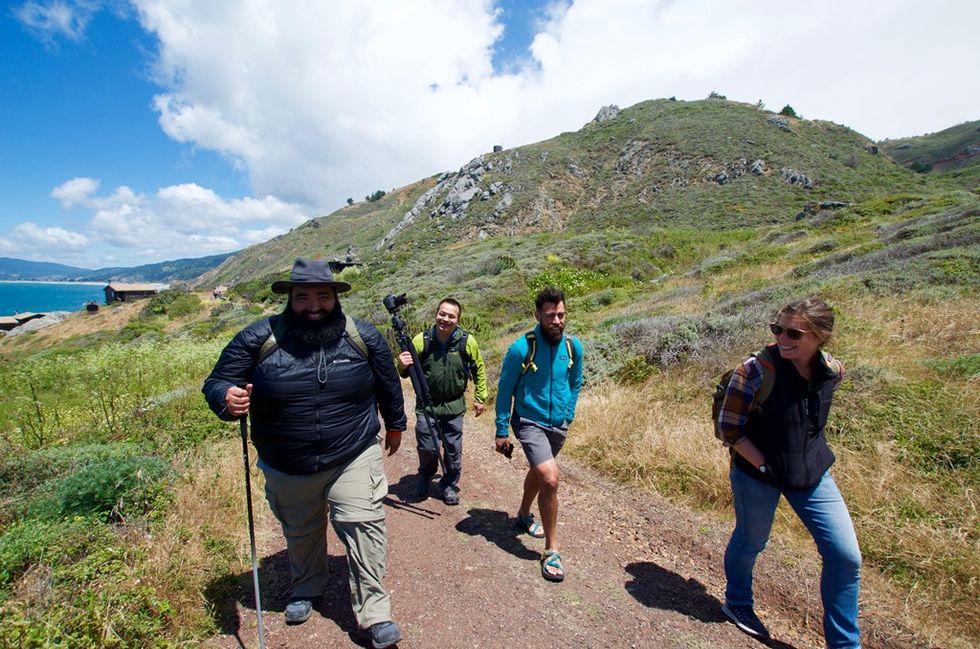 A 2015 poll of registered Latino voters showed environmental issues near the top of their list of greatest concerns. Yet, when it came to finding an outdoor space that felt welcoming and inclusive, José G. González felt there was much more work to be done.

“I thought, if I’m feeling like this and searching for a community, there must be others like me,” he says. “And I wondered, if there are others like me, where are they? How do I find them?”

With that, Latino Outdoors was formed to answer those simple questions. The Latino-led nonprofit has grown from a California-based organization to an international volunteer movement and is wholly focused on its comprehensive strategic plan to connect people interested in enjoying and preserving the environment and working to create a national community of leaders in conservation and outdoor education.

As part of this work, the group is focused on expanding and amplifying the Latino experience in the outdoors — providing greater opportunities for leadership, mentorship, and professional opportunities and serving as a platform for sharing cultural connections and narratives often overlooked by the traditional outdoor movement. By leading family campouts, hikes, climbing outings, and cleanups, the group is helping to create a safe and inclusive space for people to get outside and get active.

González encourages athletes of all ages and backgrounds to think about adding nature to their athletic pursuits: hiking, climbing, and mountain biking. A passionate public educator and environmentalist, he had become frustrated that he couldn’t find a central hub for like-minded nature enthusiasts. He bought the domain for what would become Latino Outdoors and wrote his first blog post.

“It’s a contradiction because we have a long history with conservation, and that’s why we say ‘estamos aqui’ — we are here,” he says. “And that’s why my story really resonated with people.”

González’s story particularly moved Richard Rojas Sr., a retired California State Parks District ranger and superintendent with more than 30 years of experience. Having gone camping as a teen, Rojas took a summer job at a state park in college and hasn’t looked back since.

“José had this vision to create a modern Sierra Club focused on Latino youth and families and love of the outdoors,” says Rojas, who now serves as chair of the Latino Outdoors advisory board. “And I knew how to navigate the bureaucracy.”

It was a match made in outdoor heaven. Externally, the state park system had been undergoing a process of renewal and needed guidance on how to move forward and reach new constituencies, among other issues.

Rojas believes Latino Outdoors can be a huge part of the solution in creating a brighter and more sustainable future at the state and national level, especially for the next generation of conservationists and athletes interested in using nature as a new source of inspiration.

“There’s rich opportunity in what I believe is the future in terms of public engagement with public agencies,” he says. “Creating access for people with disabilities, women of color in becoming a ranger, access to becoming a ranger; interacting with brands like Patagonia who are interested in growing their consumer constituency and diversity … and helping to support the next generation of environmental stewards at colleges and universities.”

A critical component of that engagement is sharing the experience with others.

Veronica and Carlos Miranda have been helping the organization at large do that. They’re both California natives, and Carlos first got involved with Latino Outdoors in 2016 while attending college, initially starting as a technology intern. He now serves as the national website and technology coordinator. His wife, Veronica, started attending hikes in 2017 before becoming the social media coordinator for the program, supporting the mission of inclusion in outdoor spaces through social media and the organization’s blog.

Perhaps most importantly, they’ve been able to share their experiences back at home too. Carlos says one of his most memorable moments as a child was driving through Mount Tamalpais in Northern California and going to Muir Woods or Stinson Beach. Now, he and Veronica get to share those memories — the sights, smells, and sounds — with their 6-year-old son.

“Being able to expose my son, Mayuteo, to the outdoors has been amazing,” says Veronica. “The look on his face when we explore a new open space is always filled with a smile. I think the best thing about experiencing the outdoors with my son is that we get to connect with the Earth and learn more about the ecosystems around us by observing what’s in the areas we visit. I try and teach him that it’s important that we leave the open spaces better than we found it so that other people can explore like we do.”