NBA stars are rocking costumes that range from cute to freaky. 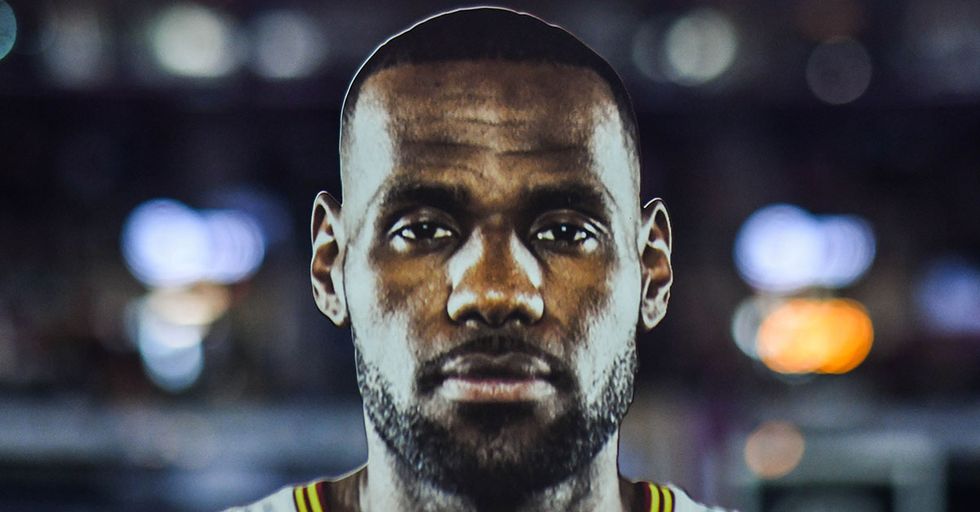 NBA players have always been among some of the most fashion-forward athletes in the world, and their dedication to their appearance has resulted in some truly clever, fun, and scary Halloween costumes in recent years. The proliferation of social media has ensured that fans get to delight in players’ creative costumes mere moments after they premiere.

Just this year, Russell Westbrook proved he’s master of not only the couple’s costume with this “White Men Can’t Jump” creation, but also the family costume with an adorable bee theme alongside his wife and young son.

Cute on both counts, but not exactly terrifying. It would appear superstar LeBron James took it upon himself to put the screams back in Halloween with his objectively terrifying getup that rendered one of the world’s most famous athletes completely unidentifiable.

Hopefully, the image of those two as the ephemeral pop duo will serve as a palate cleanser from LeBron’s costume. Because if you’re scared of clowns, you’ll likely be petrified of one who’s 6’8” and 250 pounds. That’s straight nightmare fuel.