New NBA Contract Will Get Players Rich, But Forces Them To Give Up Hoverboards, Trampolines, And Fireworks

A giant pay raise comes with a hilarious list of prohibited activities. 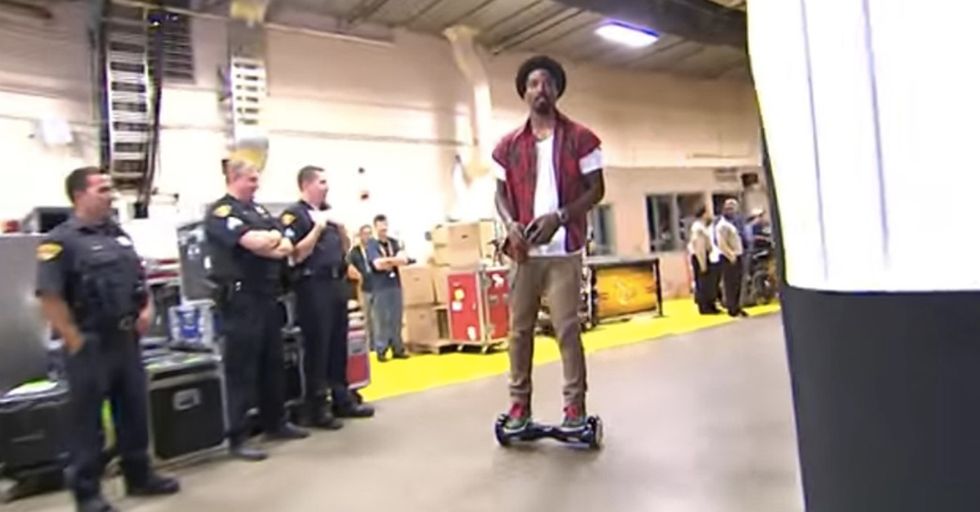 Reports came in late last week that the NBA had reached an agreement with the players union over a new collective bargaining agreement. As expected, an influx of money from new TV deals will see players salaries jump by 20% or so over the life of the agreement, but with that pay raise comes a steep, steep price.

Namely, the players will have to give up “risky” activities as a trade off for health insurance and a generous pension for retired players. As you would imagine, “risky” in this context translates roughly to “anything and everything that’s fun in this world.” The list of prohibited activities includes fireworks, hoverboards, jet skiing and trampoline “jumping” (Though sitting on or pensively staring at a trampoline still seems to be ok.)

What the hell are the players supposed to do with 20% more money if they can’t spend it on hoverboarding around a trampoline attached to a jet ski?

The fact is that players still can (usually) participate in these activities, no matter how ill-advised, but if they manage to get themselves hurt doing them, the team has little or no liability in paying out the rest of the player’s otherwise-guaranteed contract. You can bet that the 4th of July misadventure that cost Jason Pierre-Paul his hand last year influenced the “fireworks” line item in the CBA:

These stipulations are actually quite common in all sports. Historically, skiing and motorcycle riding have been big no-nos due to the inherent risk of injury on both. But just two years ago, it seems all players were rolling around their postgame activities on hoverboards despite the fact that they’re basically packaged deathtraps.

Historically, the prohibited activities were usually written individually into play contracts, rather than the union’s collective bargaining agreement, which serves as a blanket prohibition for all players. Yup, even hoverboard fixture J.R. Smith, who’s likely to be devastated by this news:

On a more serious note, the league, known to be the most progressive and proactive on social issues, has written new language in that outlines a “comprehensive” domestic violence policy. However, specific language from the CBA has yet to be released, so we’ll likely be waiting to until 2017 to check progress made on that pervasive issue in sports.