After a heartbreaking loss in the state title game, one player’s emotional words shook the room. 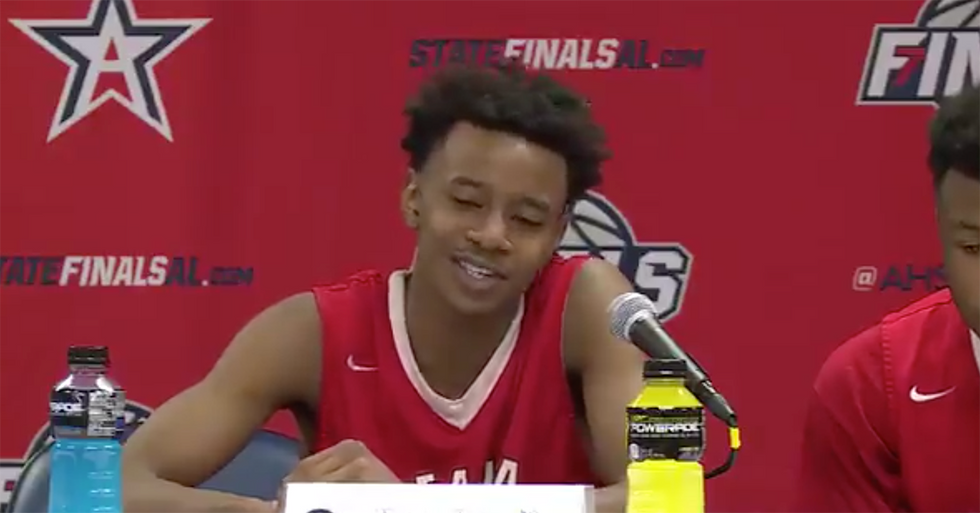 After Eufaula High School suffered a one-point overtime loss in the Alabama state title game, emotions were running high among the players, coaches, and parents. Although senior Terrell Jones had a spectacular game with 20 points, he spent the final minutes of his high school playing days on the bench, having fouled out.

But following his team’s effort, he offered some touching words about his time with the team that not only put everything in perspective but also brought about many more tears with his touching sentiment.

He had every reason to be disappointed, but instead, Jones was optimistic, nostalgic, and grateful all at once. His heartfelt words hit his coach, Michael Smith, especially hard.

A transcript of his comments (via FTW) reads:

But I know all those young guys in that locker room, they have a bright future. Because everything that I’ve been through, they’re going through and they still have to go through. It’s only gonna make them better. This man right there is the best coach I’ve ever had in my life. I wouldn’t trade him for the world.”

The clip ends with Smith doing his best to wipe away tears as he takes in the tribute from a player who clearly learned the right lessons under his coaching.